Health of employee compensation by industry is illuminated by the recently released U.S. Bureau of Economic Analysis GDP by Industry data. This shines a light on wages, salaries and benefits paid by employers as opposed to job counts that don’t include hours worked and paycheck wages.

For starters, below is the share of total compensation paid by each industry in 2013. Government is the largest employer. It is nearly 20% of the total and nearly 25% of private industry compensation pie. 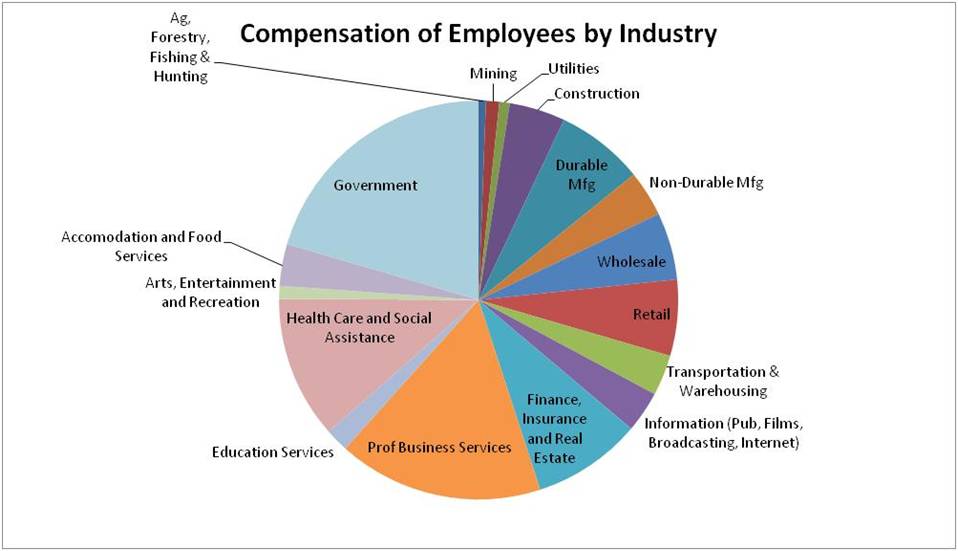 Turning to compensation as a percent of “Gross Output” (roughly, production; not final sales as often used at feddashboard.com, difference is inventory), industries fall into two groups.

This picture illustrates those industries that in 2013 are greater than 95% of the 1997 ratio (1997 is the earliest available data). 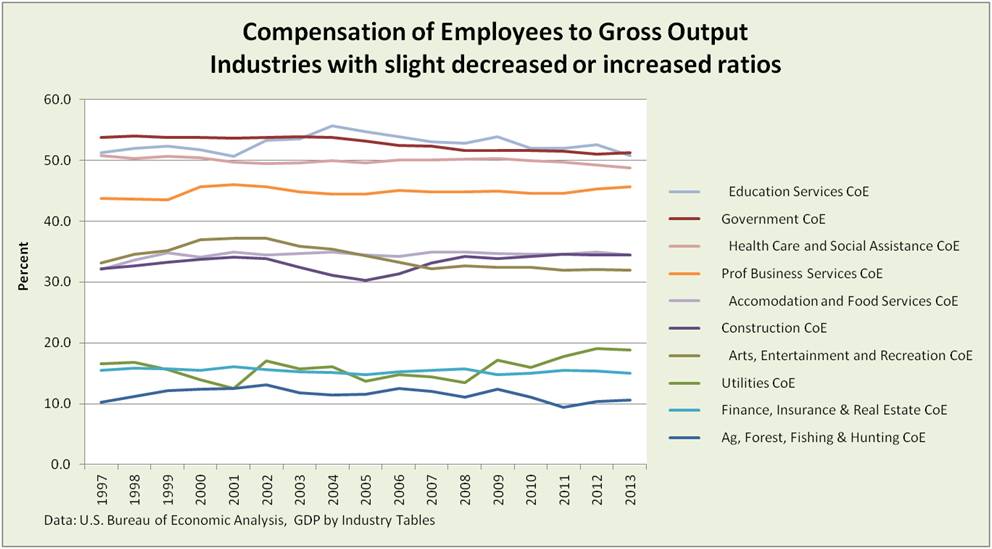 Among points of interest, Utilities, Construction, and Accommodation and Food Services have increased most. 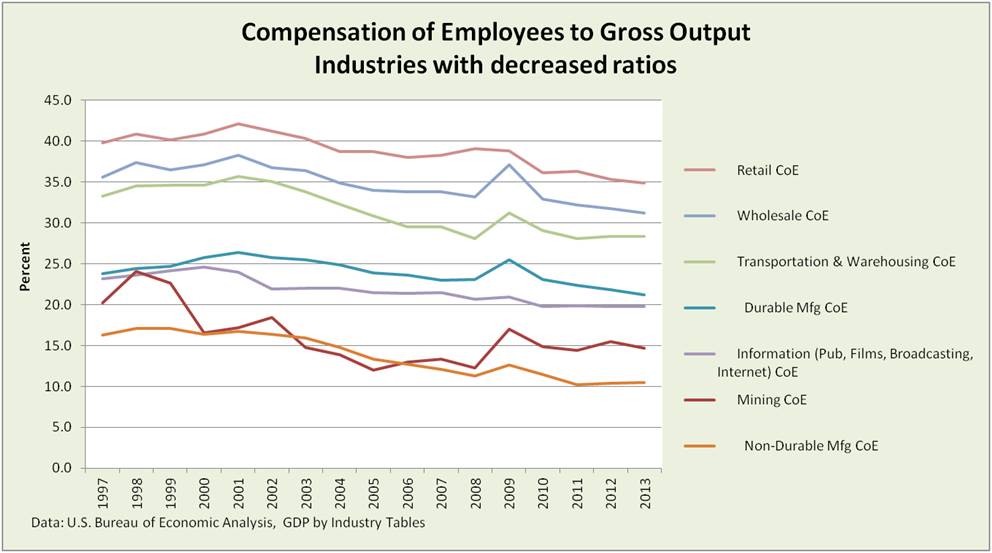 Among points of interest, notice that while job counts in retail have been good, the share of compensation is down. Mining and Non-Durable Manufacturing have decreased most.

For investors and policy-makers, this does illustrate:

Need to dig into data to evaluate industry health and, through public-company level data from securities filings, evaluate investment opportunities