Central bankers often act as though price index statistics are the same as the “generalized price level” of theory — and the level is caused primarily by monetary policy. Yet, hard data and daily life – especially during COVID – show that assumption is false. That means a 2% target of any flavor isn’t what they think it is. The target needs to be replaced in a specific way. And investors need to embrace the data. 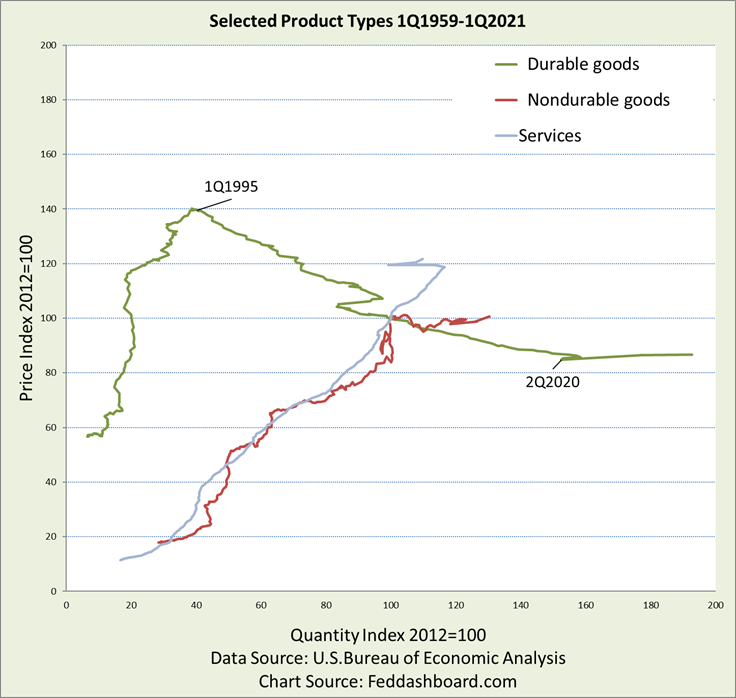 Central bankers can ask themselves:

Back to the future

Embracing hard data and mechanics, central banks would do well by consumers, business and investors to embrace a more reliable measure. A leading candidate is the stability of the trend in consumer durables, after a border adjustment (for trade barriers and FX).

Note: An edited version of this post appeared in the Institutional Risk Analyst