Trending
You are at:Home»Employment»Productivity puzzle explained — discover what happens when trends collide

One path is about how companies shift between people and physical assets. Most striking is that companies are investing less in business buildings per hour worked. This increases the relative use of labor and decreases labor productivity. We explored this in “Read between the lines to solve the productivity mystery”.

Another is about patterns in data feed that labor productivity measurement (Output divided by Hours Worked) – our path here.

Higher productivity from 1999 to 2009 is mostly from Hours Worked breaking the historical growth trend and turning sideways. 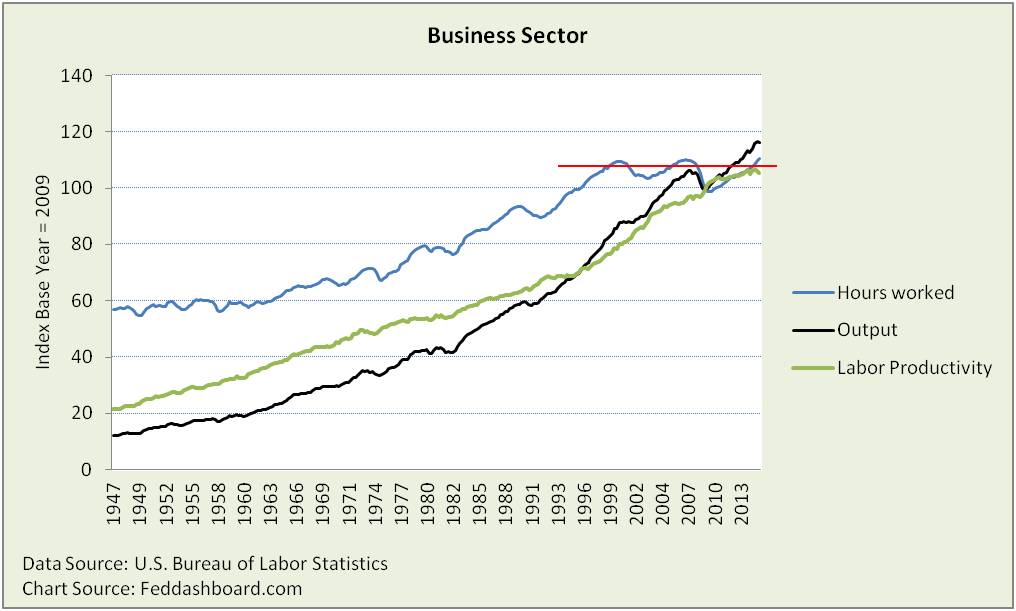 Much of this trend can be traced to imports as described in the story of the Red Dots and PIPE Factors. Another cause was the double-dip of the dot com crash and then 2001 that caused too many nonfinancial company leaders to become too risk averse.

Within the sideways move there are three peaks in Hours Worked. These appear differently in labor productivity because Output growth was very different.

Then what changed in hours worked?

Since 2009 hours worked grew faster than output, including a rebound from massive layoffs. More hours worked without more production reduces measured labor productivity. Going forward, exchange rates will loom large in how the rebound collides with the sideways trend. 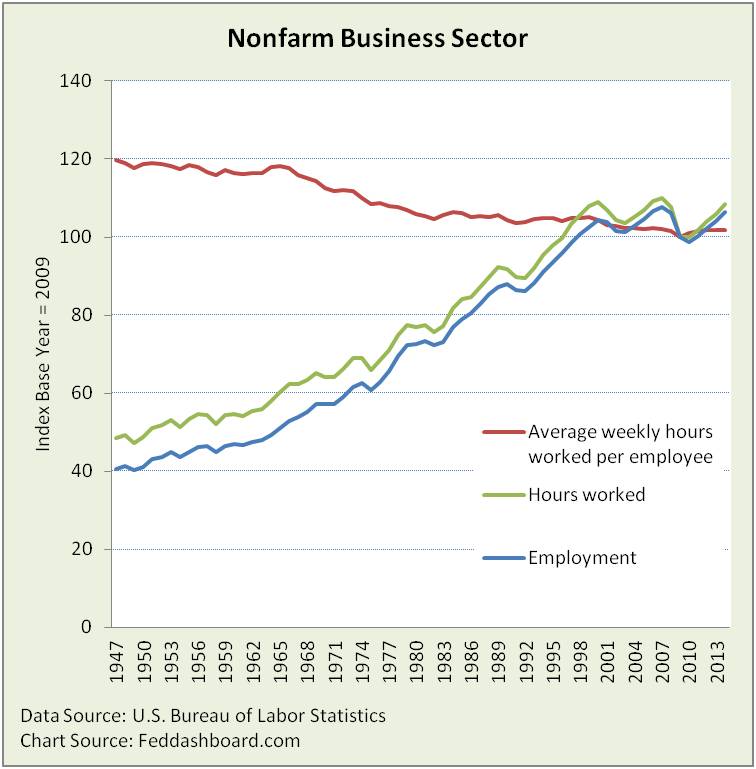 What’s important about employees and hours?

Average hours per worker (red line above) had been falling since at least 1965. In 2008 it flattened as growth in employment has nearly matched growth in hours worked. Why?

One reason may be that the ratio of part-time to full-time workers (blue line below) is historically high. One person with multiple jobs is counted at each employer, but not their hours worked. 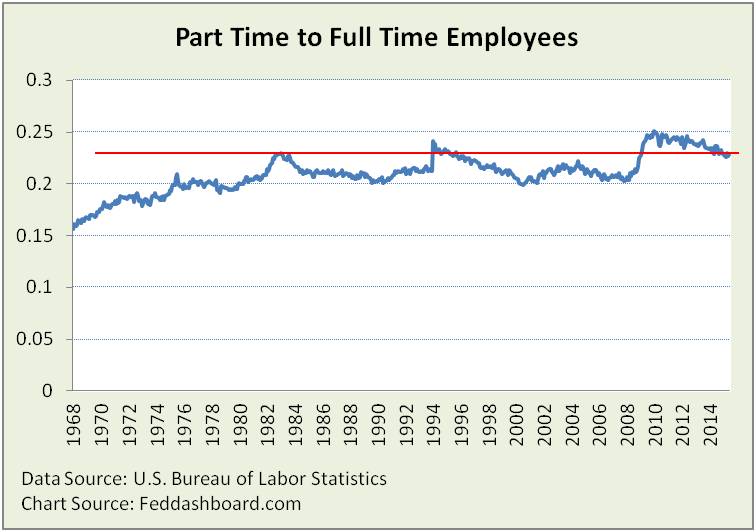 If growing hours decreased labor productivity, then in what industries are hours growing?

Are trends similar in these industries? No.

Does this mean opportunity for investors? Yes.

Special thanks to the BLS Labor Productivity industry team and their detail data that made this analysis possible. Learn more at the BLS labor productivity page.