Trending
You are at:Home»Employment»From gliding growth back to frozen fifties

Digging behind the numbers in “Measures to know of healthy jobs and paychecks” (April 23, 2014) aspired to clarify several points, including:

The Unemployment-Income curve brings together both the job count and dollar views in a picture of the changing relationship over time between the U-3 official unemployment rate and real (inflation-adjusted) Disposable Personal Income (income minus income taxes) per person.

Reductions in the official unemployment rate haven’t been associated with so little real Disposable Personal Income (DPI) per person growth since the 1950s. 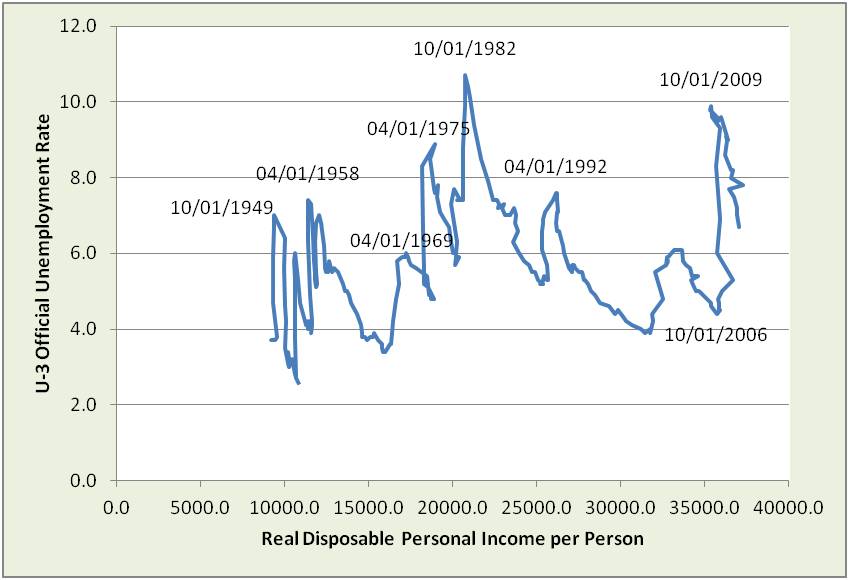 Reasons for falling back into the “frozen fifties” are discussed in the Economic Picture Book.