Consumers spending cash with confidence is a sign of economic health. People digging deeper in debt is not. What’s the trend?

In terms of percentile of income, comparing 2013 to 1989, half of groups are up and half down. 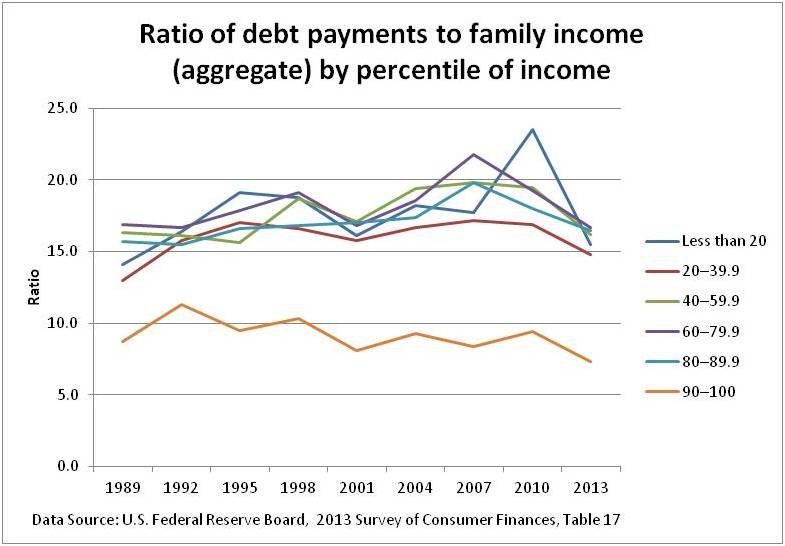 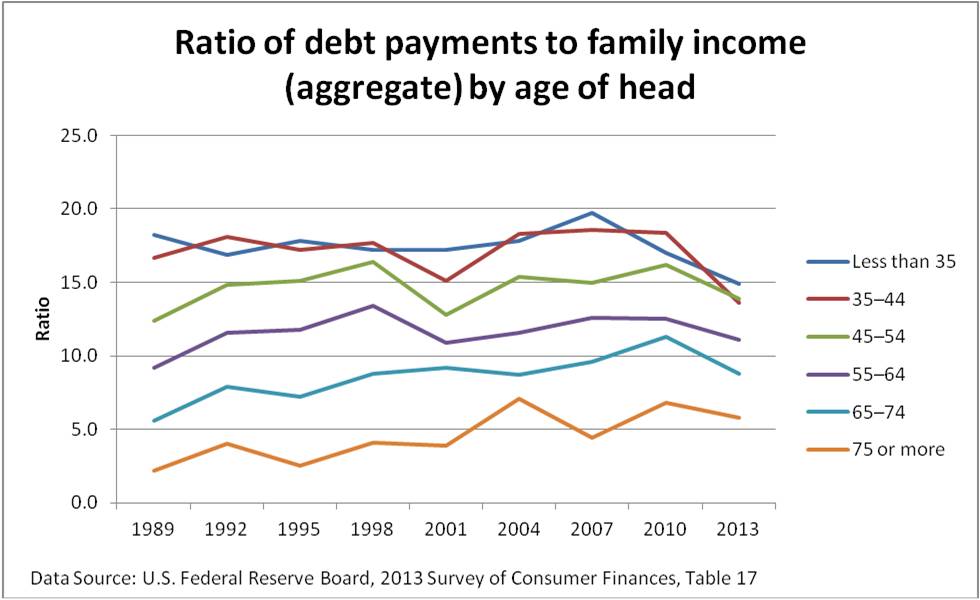 In Following footsteps of family finances (November 2014), it was clear that those families with financial assets don’t track the S&P 500 because they hold a mix of assets. That mix has changed over time as families adjust to perceived risks and returns. In 2013, monetary policy was the big story. 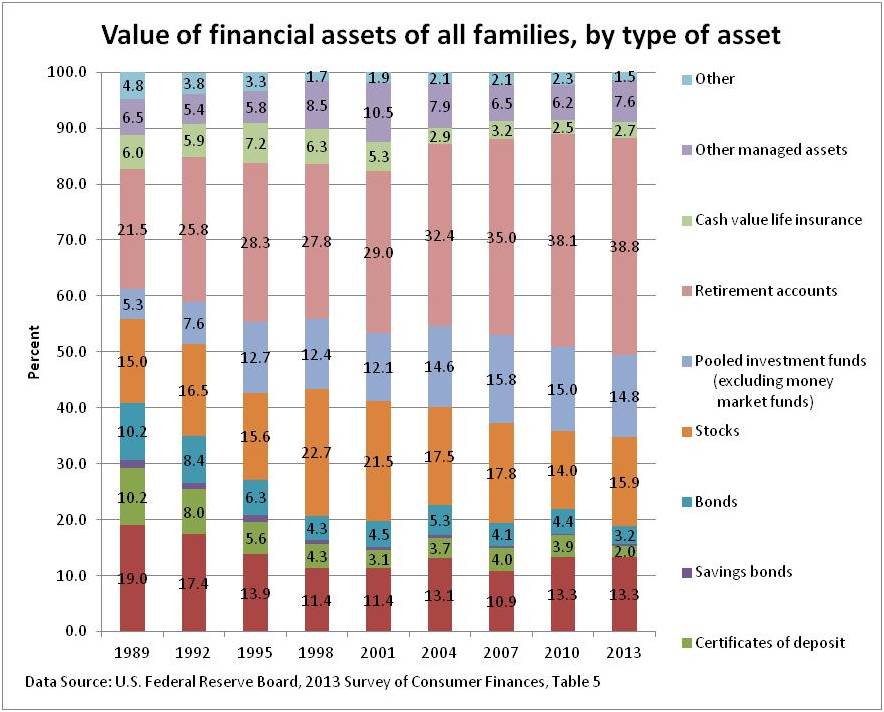 Financial planners debate what stock allocation ought to be by age, income and other factors. Reality is not 60% stocks. 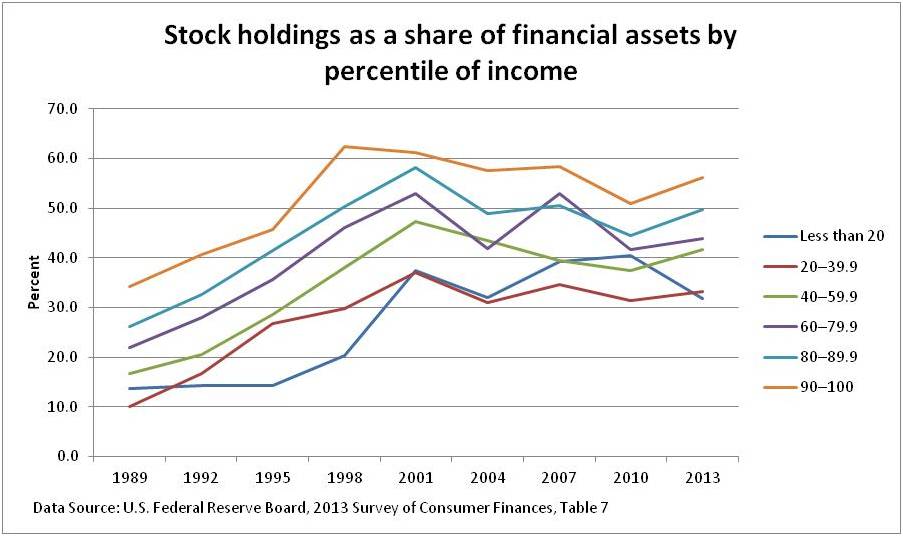 By age of household head, in 2013 compared to 1989, increase in stock holding is more similar across groups. 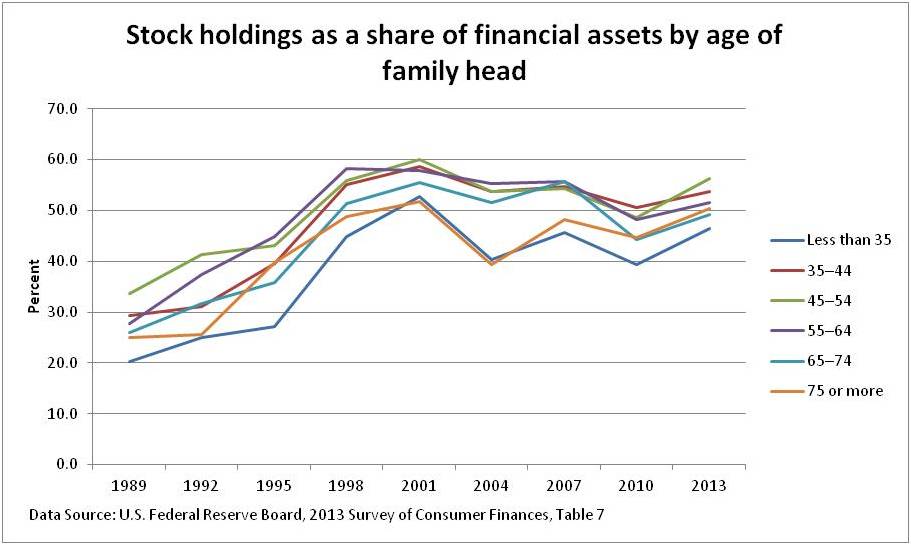 Want to dig into the data? Go to the SCF.