Trending
You are at:Home»Asia»Japan’s Potential GDP — greater than most people believe

Contrary to usual views, Japan’s Potential GDP is higher than estimated because:

Estimates of Potential GDP differ in data selected, history included, and how trends are modeled. Estimates also have different assumptions about productivity and how increased resource use would change “inflation” (usually defined as average change of prices). These assumptions are problematic as we’ve shown previously with U.S. data in “Potential GDP is potentially misleading” and “How the Fed’s 2% target created their inflation trap and hurt our growth.”

To make it simple, let’s just look at available resources…

The usual view is that labor is scarce because of news about shortages in highly manual occupations like home delivery truck drivers or health care, and flat labor force. 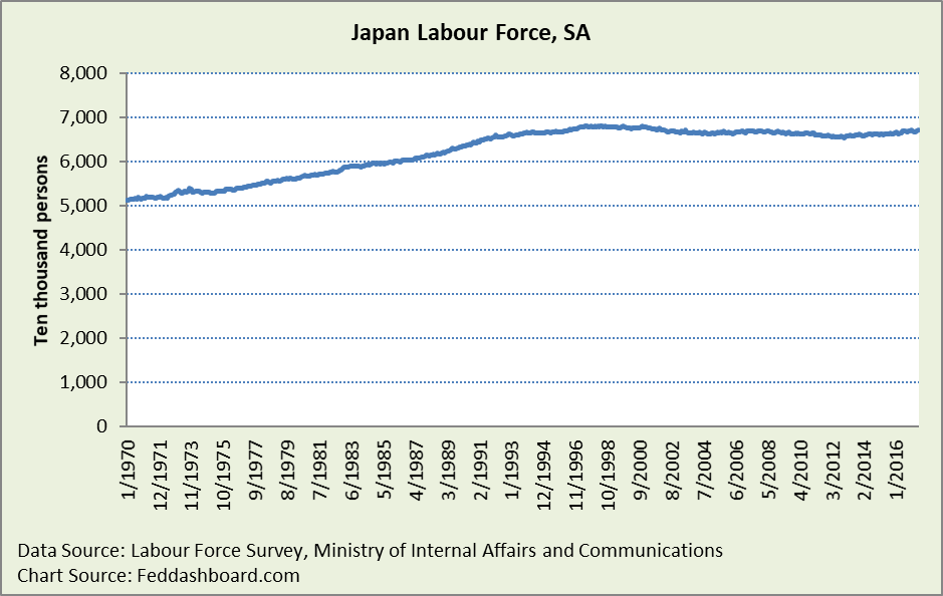 But, this overlooks that average hours worked per worker have fallen about 20% since the early 1970s, like the U.S. 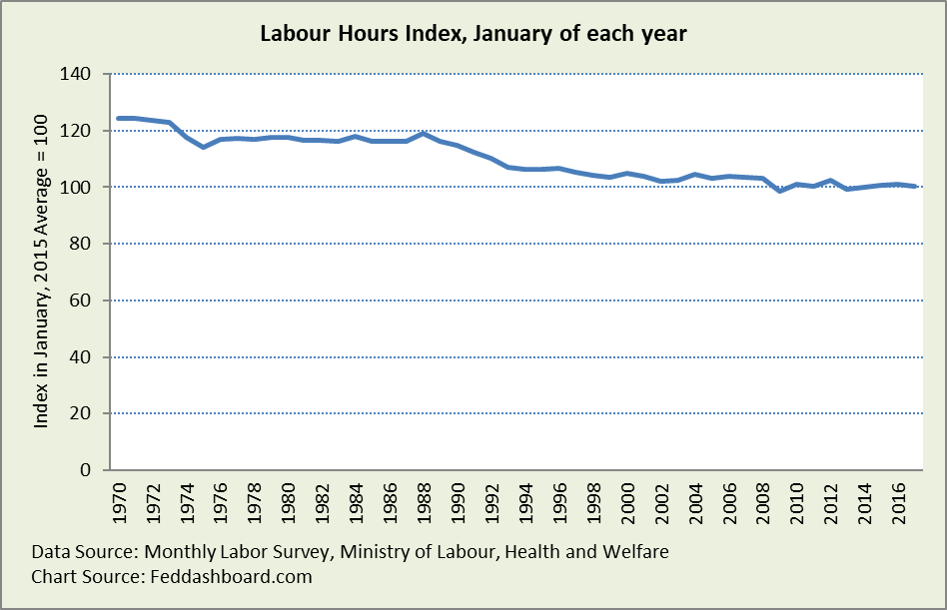 Adjusted for Labor Force, average hours per worker fell by nearly 40% from 1970 to about 1997, roughly constant thereafter. 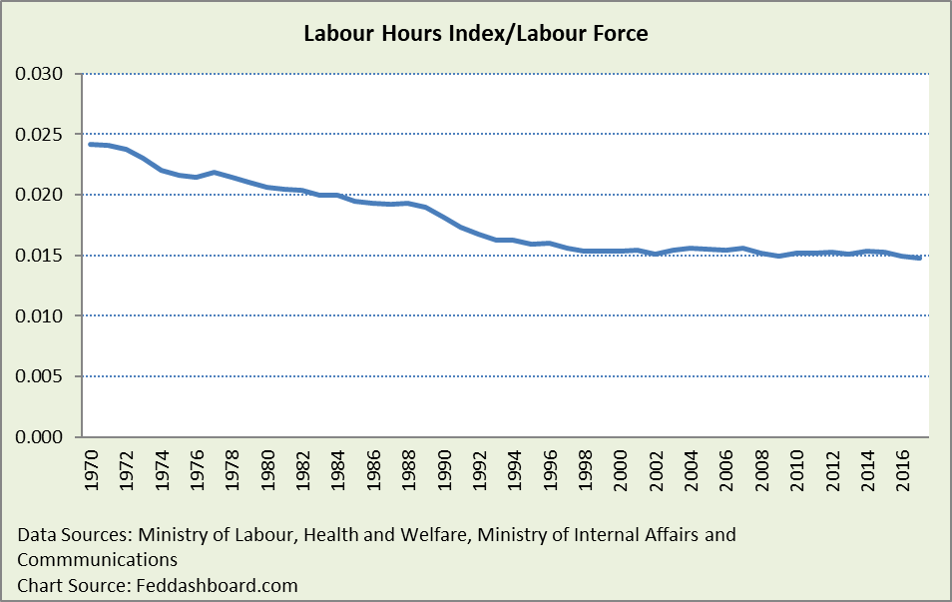 More importantly, the amount of labor used relative to physical capital has fallen over the years. This accompanied the “Japan, Inc.” innovations in management technique and technology that spread to the world. 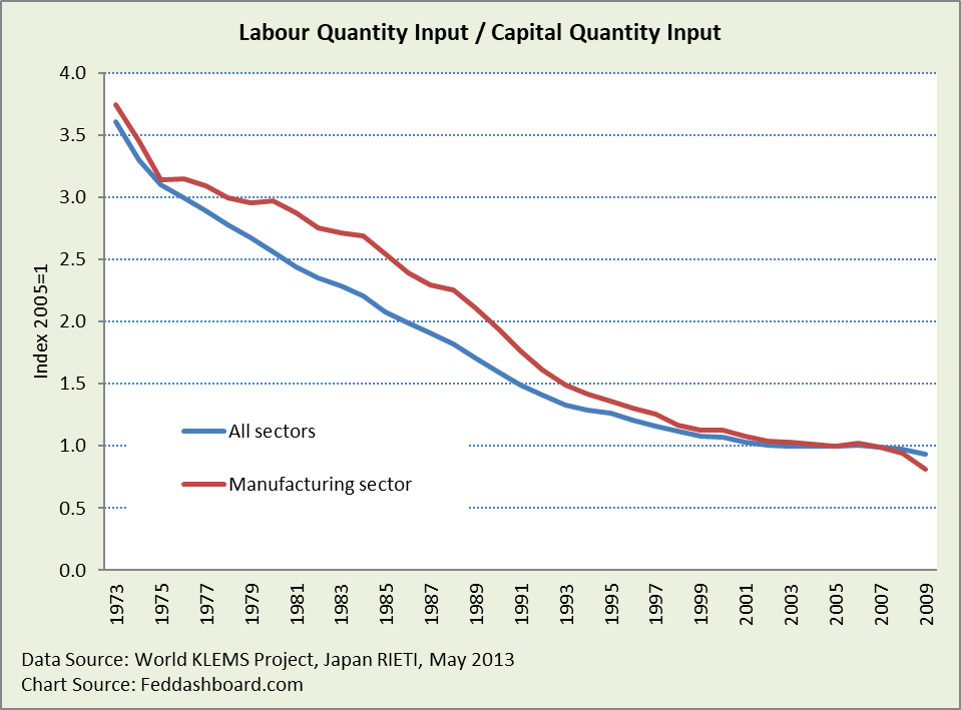 Thus, labor is more relatively more available over time and less used compared to capital. In both senses, labor is less of a constraint on production. Thus, formulas are outdated that emphasize labor as the primary constraint on growth.

First, output relative to PNRA grew over 10% since 1999 – meaning assets are more effective, a boost to Potential GDP. 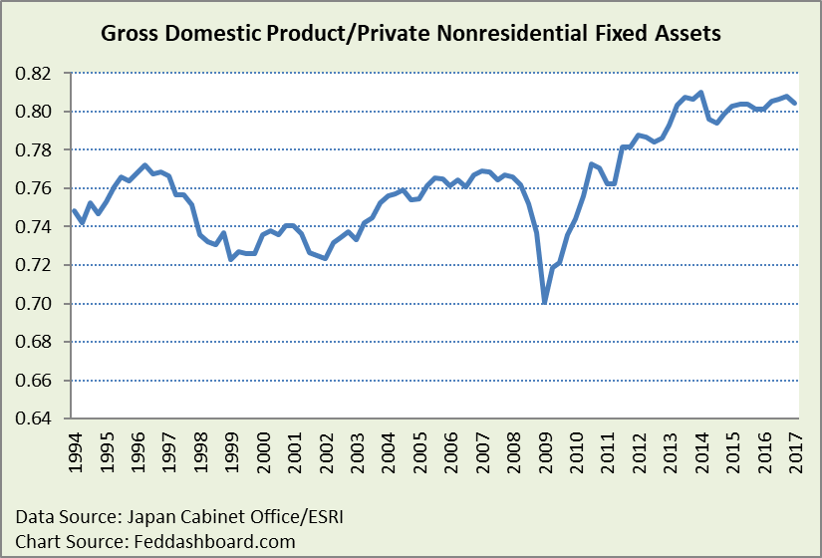 Second, PNRFA is an aggregate average. Some assets are specific-purpose such as defense or transportation. Tech-related assets are difficult to consistently value over time because of rapid change. So, we highlight two assets — buildings and non-ICT equipment. 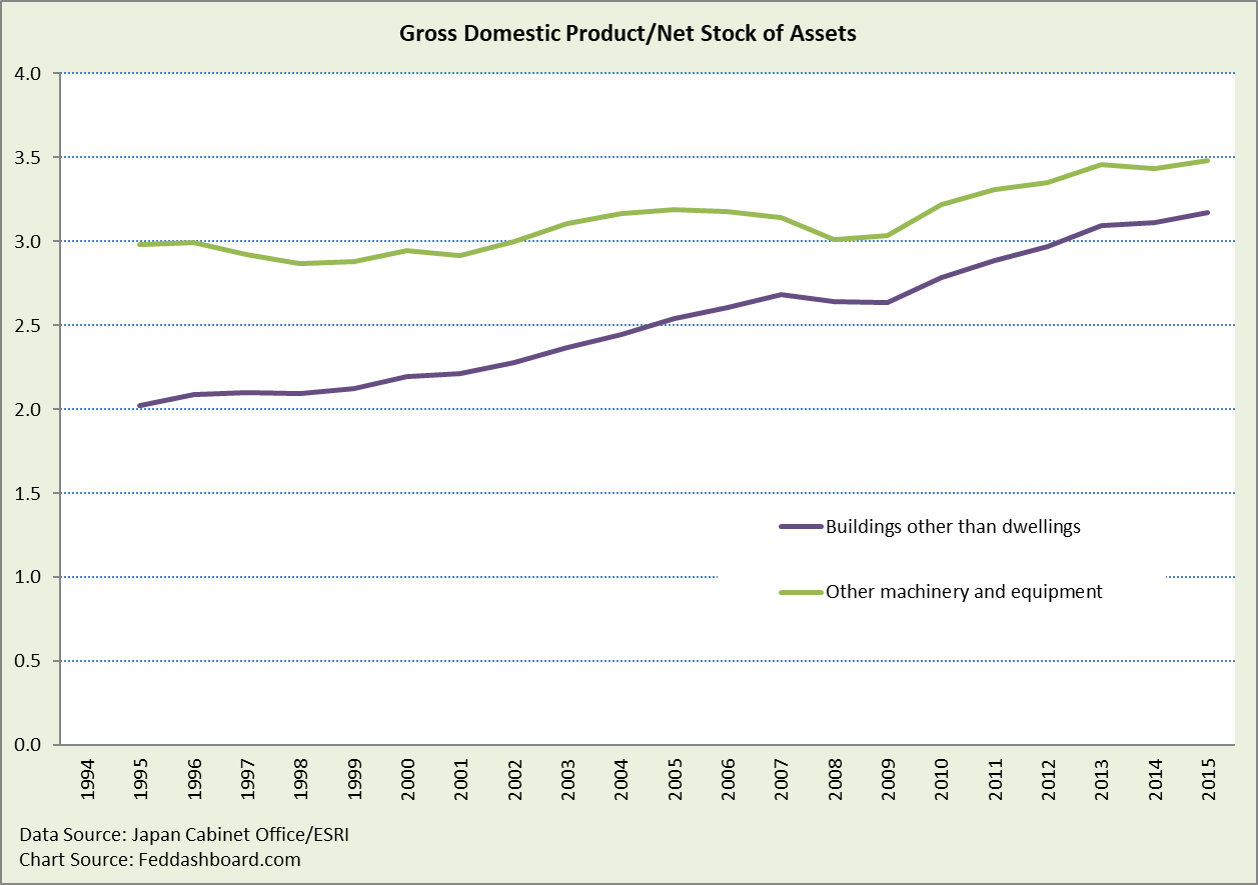 Since 1995, output from Buildings other than dwellings grew 57% and Other machinery and equipment grew by 17% — more benefit for Potential GDP.

Third, there is a difference between productive capability of buildings or equipment, and the monetary value of those assets.