Is business dragged down with GDP? Are business fundamentals matching the Fed-fired stock prices? No and no. Business has been the healthiest part of GDP for the past 5 years. Yet, while chugging along with historically good stability, growth in equity prices outstripped growth in business value added.

Businesses are about 75% of our economy as described in “From earnings to economic releases – you can profit from knowing how numbers add up.” Other sectors include households and nonprofits serving households, and government.

What’s measured in this sector view? 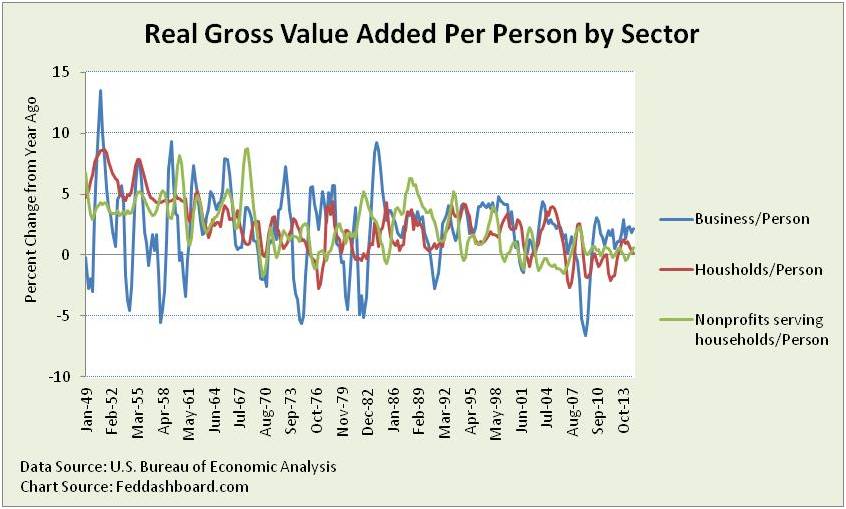 To see more clearly over decades, data above is normalized for changing prices and population. To reduce seasonality, this picture is percent change from the same quarter a year ago.

Over time, Business growth dominates in the good times. Since 1Q2010 Business has posted the strongest growth.

Households have had the least fluctuation, mostly driven by ability to consume housing though income and debt. Nonprofits have been influenced by health care and education public policy. 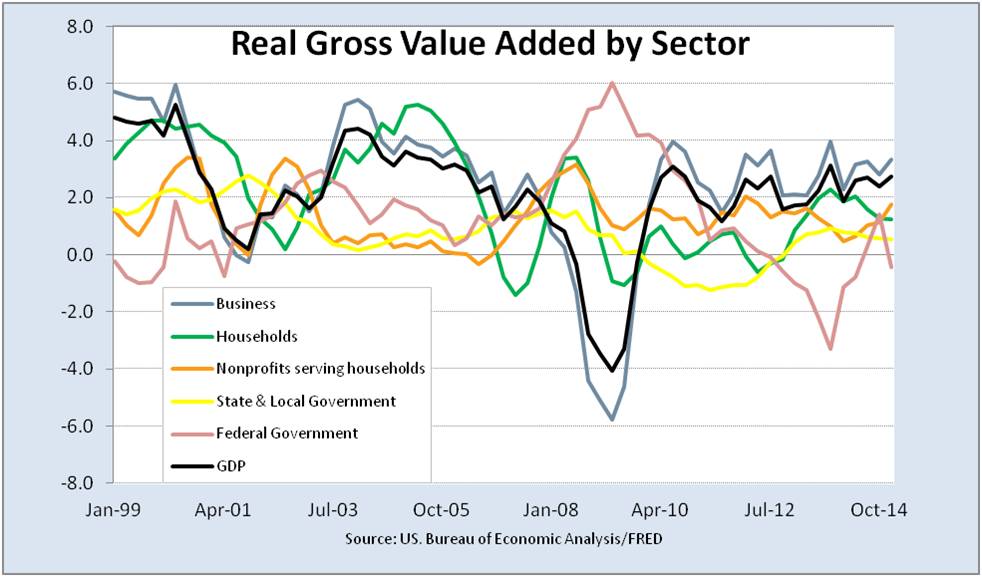 For investors, stability in business is good. In evaluating this positive trend, it is helpful to notice:

In closing, Business sector growth is reason for optimism. But, don’t get caught up in averages. Find opportunity others miss by digging into details.

All this leads to the value of business model investing.