Will lower interest rates spur economic growth or distort saving and investing? In 3 Insights from the Real Rates–Real People Curve (June, 2014), the curve suggested it is easier for the Federal Open Market Committee (FOMC) to stabilize the economy than to grow it. This suggests it would be net beneficial for the FOMC to raise rates. Until that day arrives, equity investors will be especially sensitive to taking too much risk relative to return. To help meet risk-return preferences, business model-based investing will continue to be valuable. 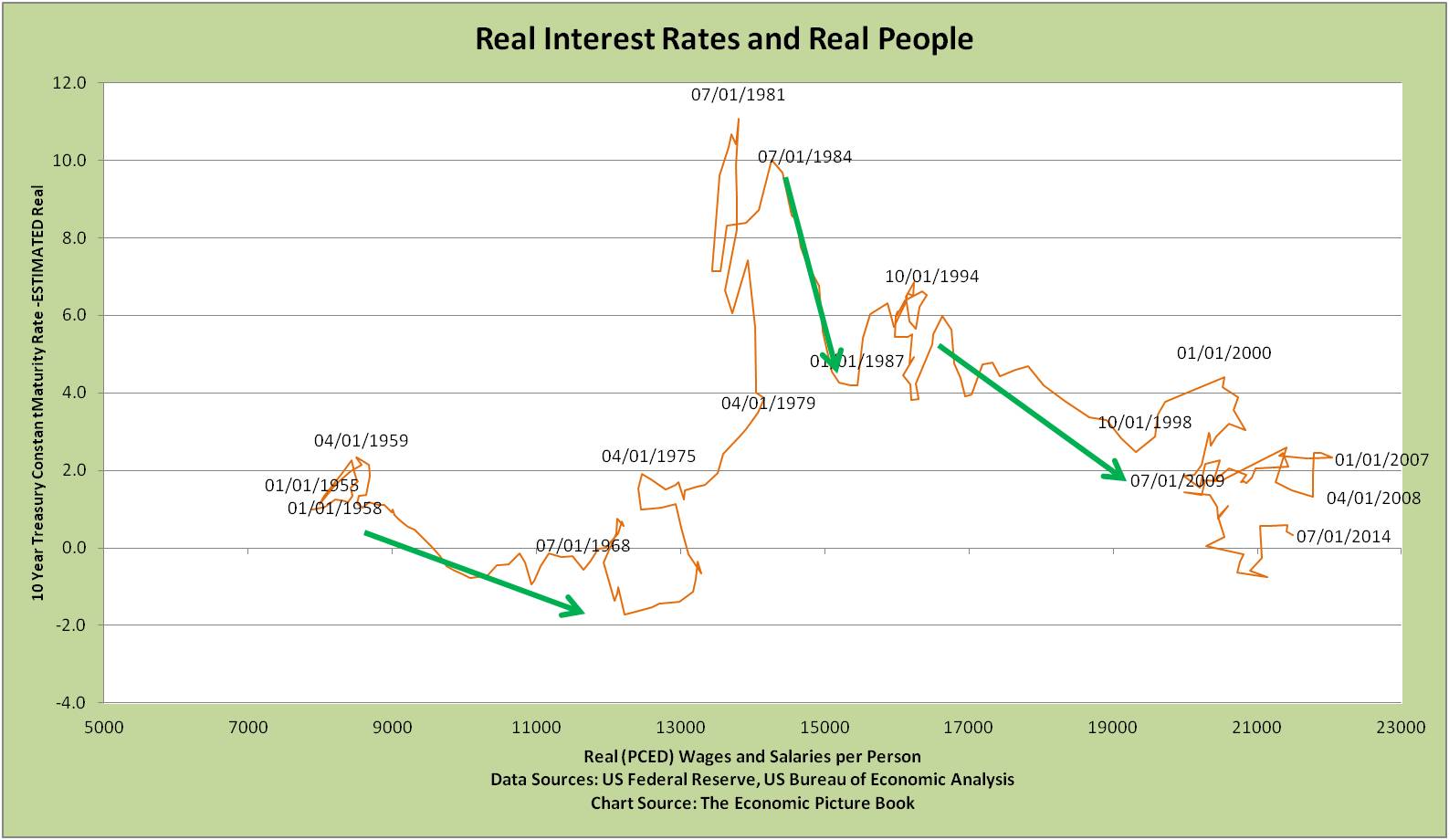 Both imply a gift to real wages and salaries from restrained price increases due to a combination of domestic production cost-cutting and imports.

The Real Rates-Real People Curve data is through 3Q2014, the most recent compensation and population data. However, the 10 Year constant maturity Treasury Inflation Protected Security (TIPS) is available weekly. This view shows current rates under the influence of low U.S. inflation expectations and global safe asset strength of U.S. Treasuries. 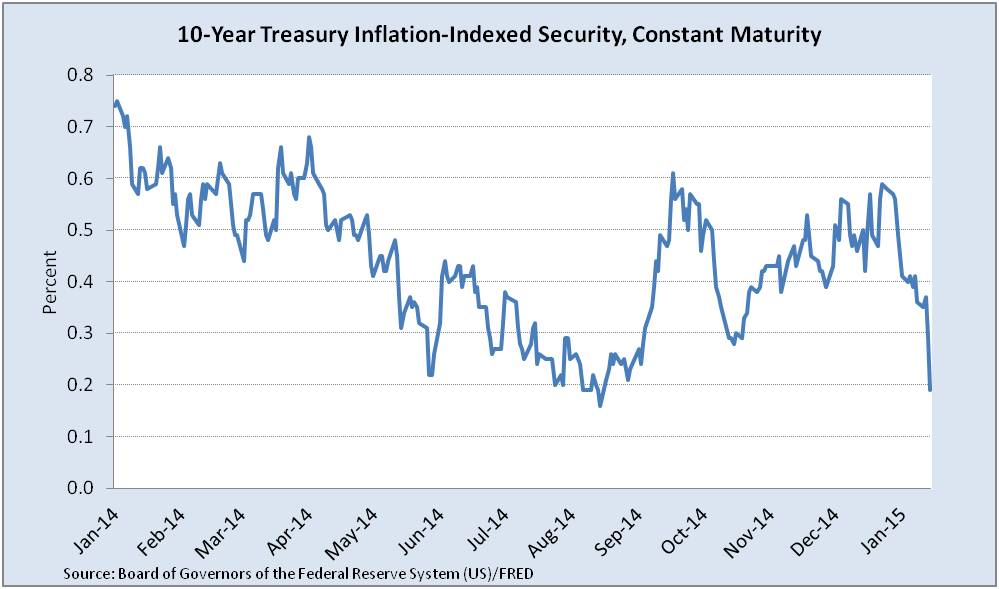 In addition, the difference between the 10 and 2 year constant maturity Treasury has fallen from 2.7% in December 2013 to 1.3% today.

Facing this situation, guidance for policy makers is as suggested in 3 Insights from the Real Rates–Real People Curve (June, 2014).

Data Geek Note: Several versions of the Real Rates-Real People Curve are calculated by ValueBridge Advisors. Each is better at answering a different question. The version above uses Total Population and the Personal Consumption Expenditure Implicit Price Deflator to follow the practice of the U.S. Bureau of Economic Analysis, FOMC preferences and other reasons. TIPS rates are calculated by the U.S. Treasury with CPI for All Urban Consumers.