The effectiveness of the Fed’s key policy tool to manage our economy may be weakening. We have observed the Federal Funds rate:

Global influences on the Federal Funds rate include:

The Federal Open Market Committee (FOMC) expects their interest rate decisions to change the economy because they expect the Effective Federal Funds (EFF) rate implemented at a trading desk at the New York Federal Reserve Bank to consistently cascade across credit classes from Treasury Bills to business and consumer borrowing. Today, we look at how well other rates track the EFF.

Treasury Bills are low-risk so they should track the EFF closely. Let’s start by looking at spreads (T Bill minus EFF).

In reading the charts below, the flatter a line, the more closely a rate tracks the EFF. 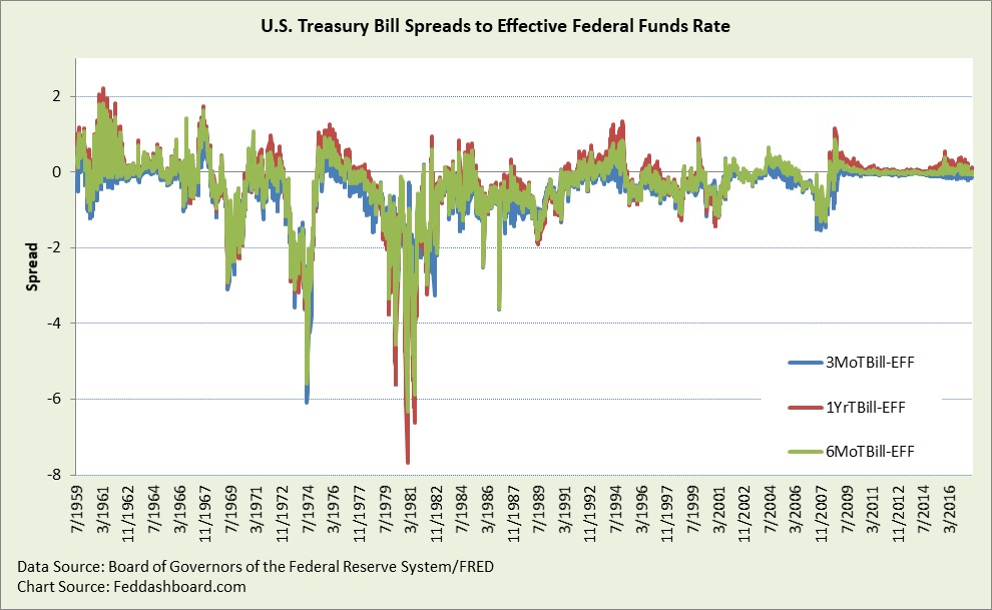 Yet, spreads are not sufficient to evaluate the ability of the EFF to cascade because spreads are a fixed mark-up. More helpful is a proportional view of the EFF rippling through increasingly risky credit classes.

The proportional view is the ratio of the T Bill divided by the EFF. Below, prominent is the original “Operation Twist” of 1961 (repeated in 2011-2012), the beginning of extraordinary monetary policy in late 2008, calming a bit, then picking up as interest rate speculation began in early 2015, and then calming considerably in 2017. 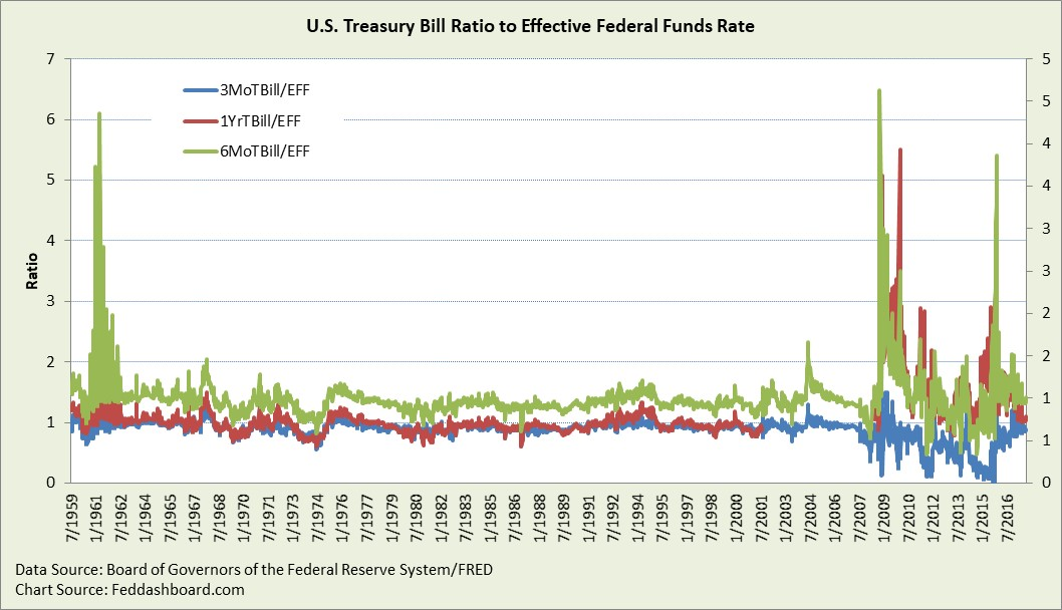 Comparing the tracking between the spreads and ratios from 1964 to 2006, the standard deviation (relative to each mean) is over 10x greater for spreads.

But, government securities, with lower risk, are more relevant for corporate cash management and savers than for businesses borrowing to invest or consumers borrowing for “big ticket” durable goods.

Corporate bonds have much greater spread divergence and trends (up and down) than Treasuries. 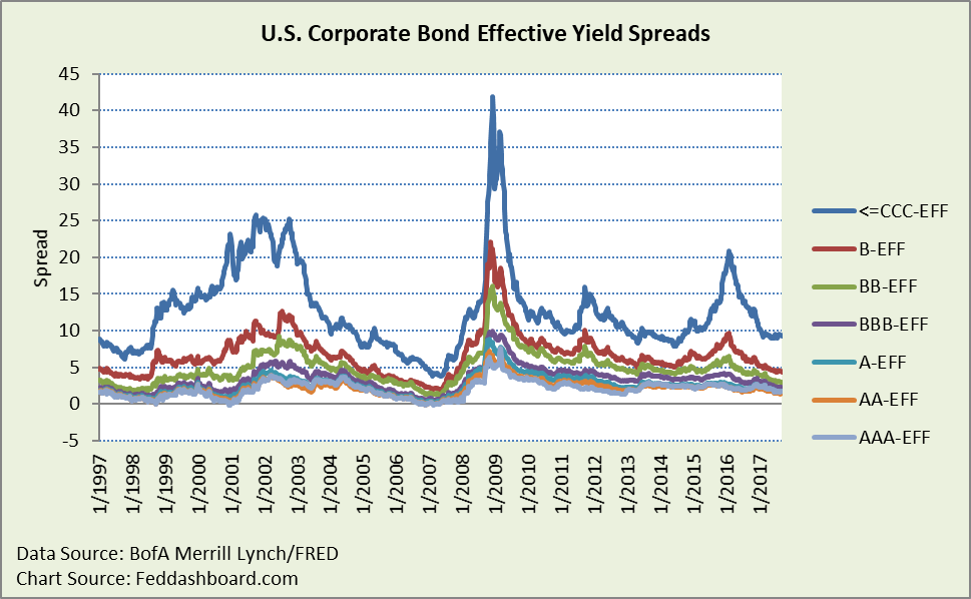 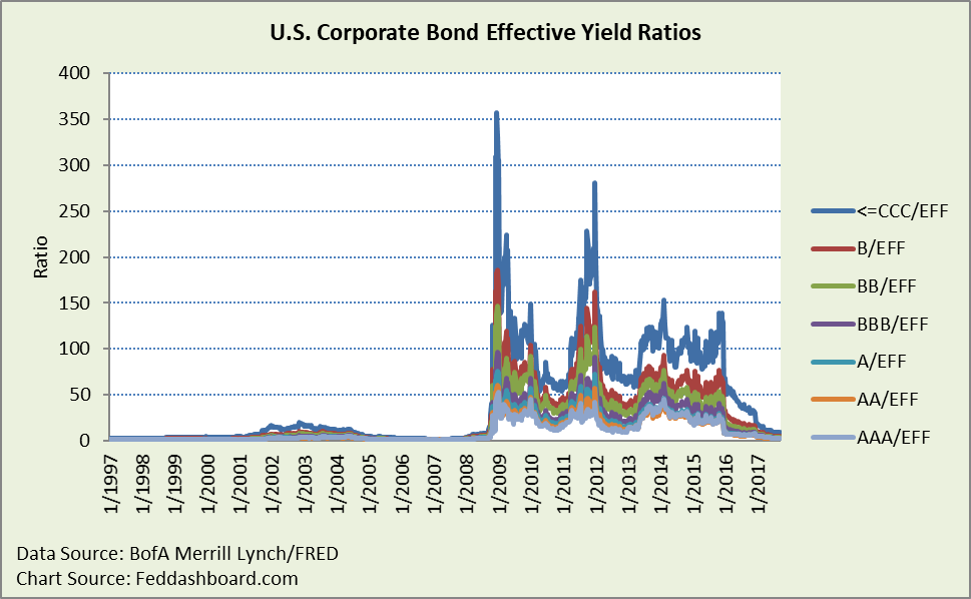 Because corporate bonds and the EFF have different duration, the view below shows all classes relative to the AAA rate. 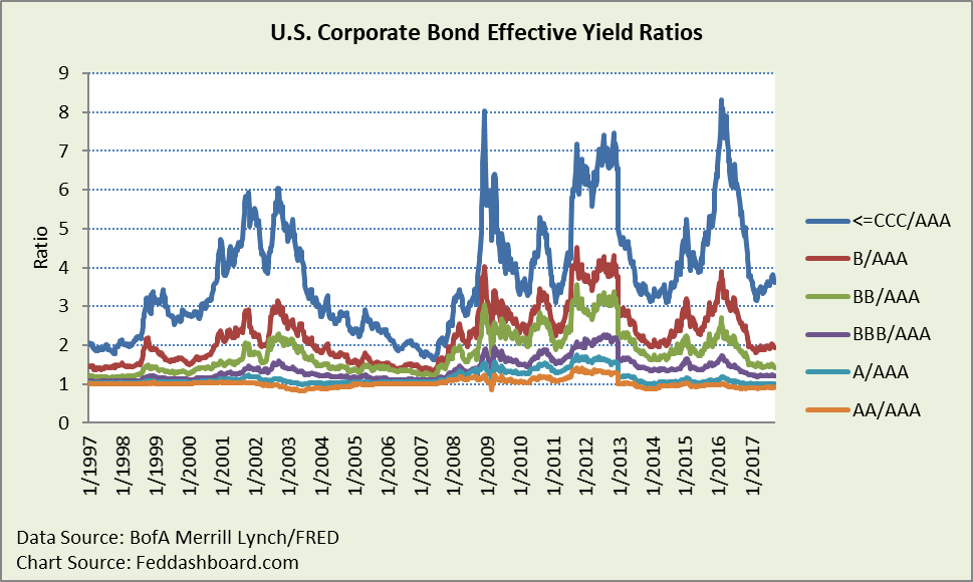 Above, interest rate increases are higher than proportional for lower credit classes. Differences illustrate how public markets have global dynamics far beyond the EFF, thus reducing the FOMC’s influence.

Below, the bank loan spreads view is closer to the ordinary understanding of relatively stable spreads. 2Q2017 was historically affordable for low and moderate risk borrowers, but expensive for minimal risk borrowers. 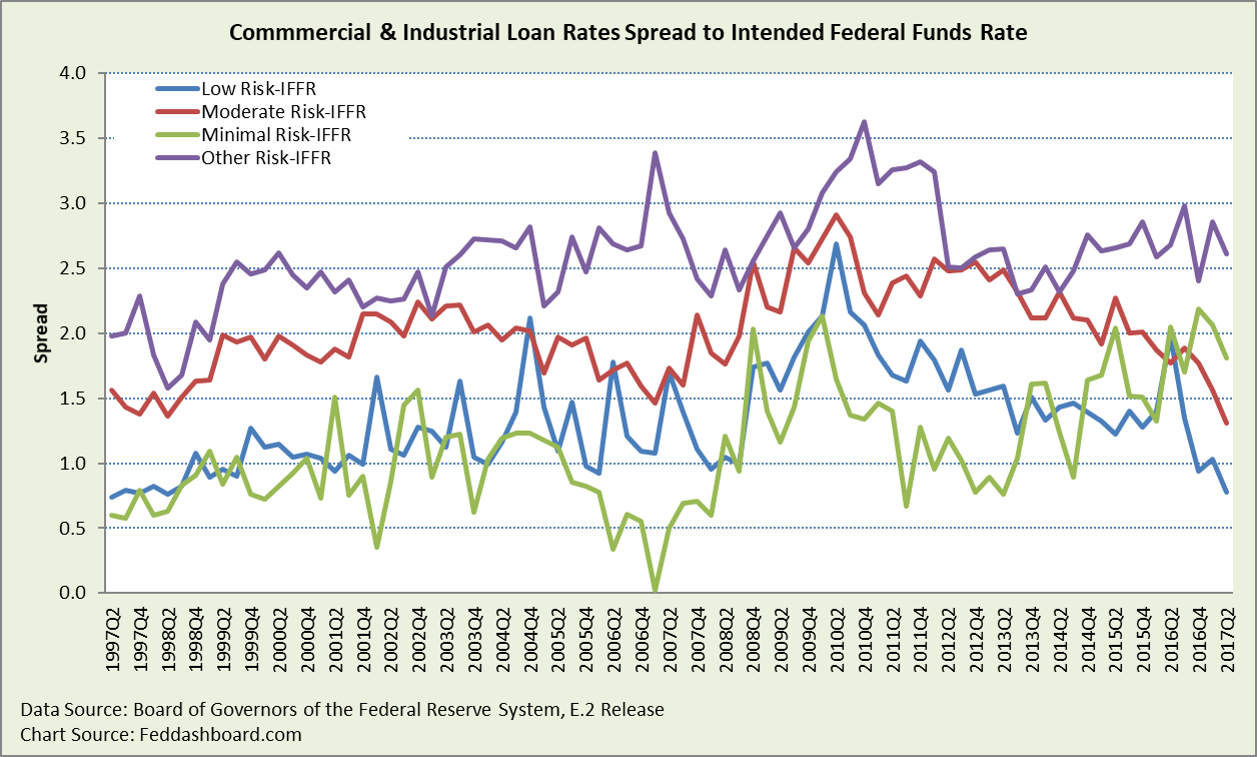 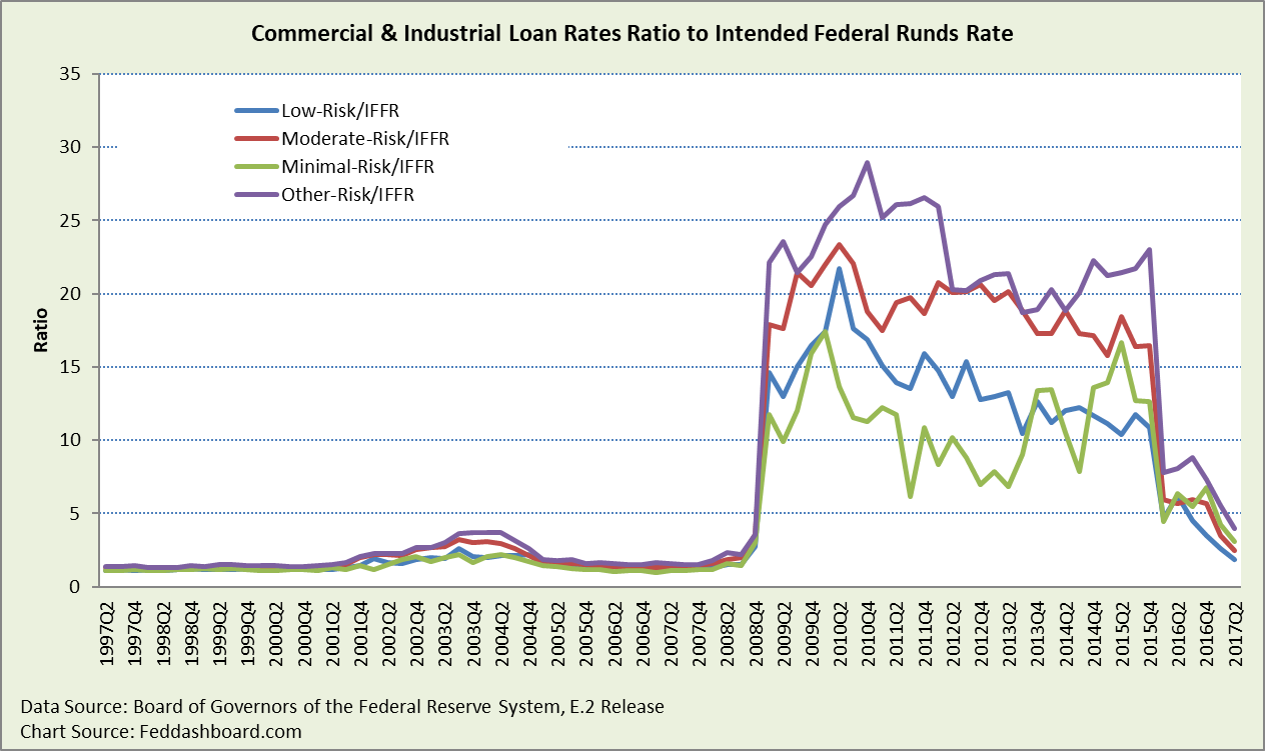 For businesses, these dynamics help explain why investment did not increase as the FOMC expected:

For consumers, the transmission of the EFF will be muted because of change in mortgage composition. Sam Khater, Deputy Chief Economist at CoreLogic remarks that the Adjustable Rate Mortgage percent has fallen from about 27% in 2007 to about 10% today. 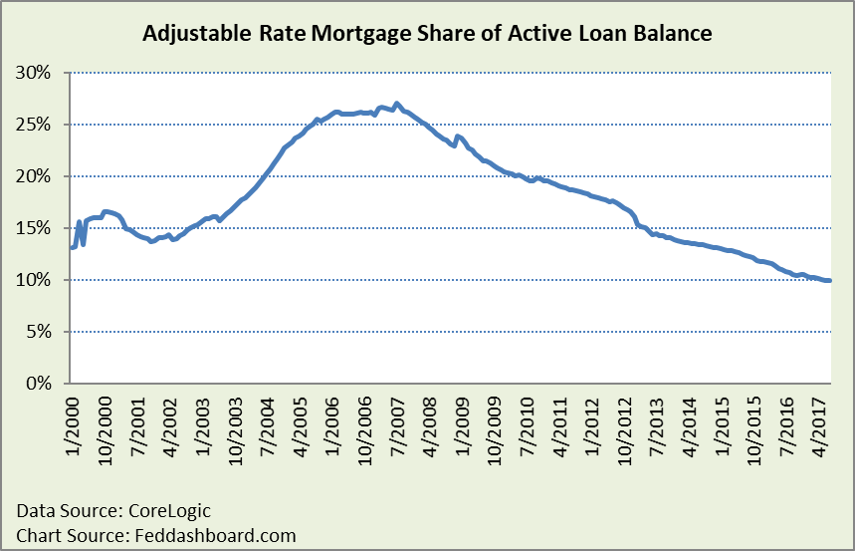 The personal and auto loan spreads view offers more stability after the early-1990s, with decreasing spreads both during the easy credit period prior to the mortgage bubble bursting and since the 2009 spike. But the ripple view (not shown) looks more like corporate bonds with ratios up to 140.

But, shifts in personal and auto loans also reflect longer duration than the EFF. Credit card rate for accounts assessed interest has much shorter duration and is closest to a flat line.

This exploration of central bank effectiveness continues with “Bedrock of Fed policy is crumbling.”