Fed-watching is foggy and frustrating, with predictions often wrong. Six insights help explain why. Understanding these six is step one to protecting yourself.

First, “Fed” is not a monolith. “Fed” is the Board of Governors of the Federal Reserve System plus twelve district banks. Each bank has a board of directors and appoints a president. The body that votes on monetary policy is the Federal Open Market Committee (FOMC). The FOMC is also not single-minded. The FOMC is individuals — the Governors, NY Federal Reserve Bank President and four rotating district bank presidents. Each member brings life experiences, professional school of thought on data and methods, motivations and objectives.

Second, “hawks and doves” is a bad way to describe FOMC members. For over 200 years, it has been a weak way to label foreign policy and worse for monetary policy. Stanford economist John Taylor helpfully characterizes FOMC individuals as monetary policy “rules-based” or not, similar to describing Supreme Court justices as Constitution “strict constructionists” or not.

Third, members have different policy trade-offs and views of how monetary policy tools actually work. For example, Janet Yellen is a labor economist; Stanley Fischer is the most international, born in Zambia and formerly Governor of the Bank of Israel; and Daniel Tarullo is an attorney focused on increasing regulation of banks.

Fifth, the FOMC and markets created fog. For example, past interventions make measures such as natural interest rate difficult to see. Or, when a measure the FOMC seeks to move (e.g., interest rate) is already moving based on speculation of what the FOMC might do, it creates a loop like acoustic feedback through a microphone. In a way, these flow from the Heisenberg Uncertainty Principle.

Sixth, observers miss the FOMC process in their rush to “price in” the probability of the FOMC action. For insight into the process, a hat tip goes to Bob Eisenbeis, Vice Chairman of Cumberland Asset Management on his view of why there will probably be only two rate increases in 2016. 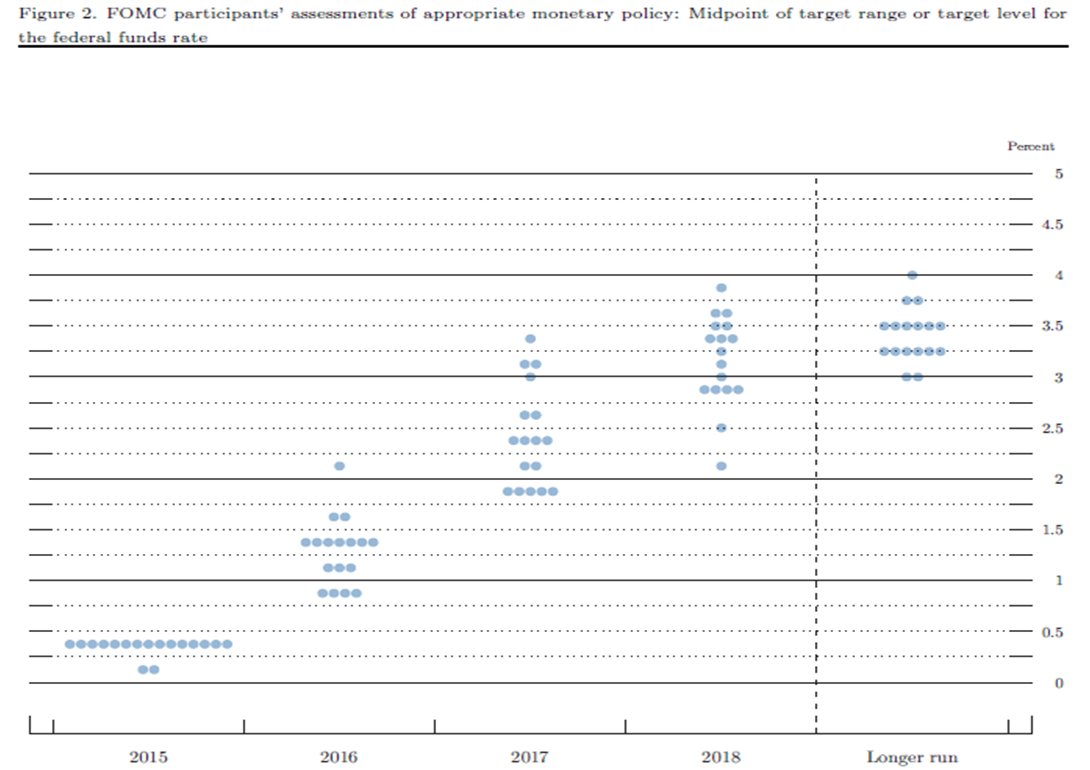 For analysts, it’s often tougher to explain why something did not happen than why it did. Here at Fed Dashboard & Fundamentals, “Cap and Lift” seems the best approach to interest rate increases. So why haven’t FOMC members voted this way?