Trending
You are at:Home»Asia»Japan: Households shine in 2Q2018 – watch three threats to exports and households

Growth in Compensation of Employees (COE) is the highest in over two decades – since before the “Asian Flu” hit Japan in 1Q1997. We’ve known that since about 3Q2015 companies have been increasing payouts, although COE includes benefit contributions beyond immediately spendable cash. And, wage growth is shifting toward younger workers as seniority increases moderate. A hope is that rising wages for younger workers will lead to marriages and babies.

Shoppers have shown remarkable strength where it matters most – in largely discretionary durable goods since they rebounded in 2001 from the Asian Flu.

In 2Q2018, shoppers rebounded from a weak 1Q2017 to a historic high in durable goods. Services spending also rose to a new high. Yet, shoppers also showed restraint in semi-durables (such as clothing) and nondurables (such as food and energy). 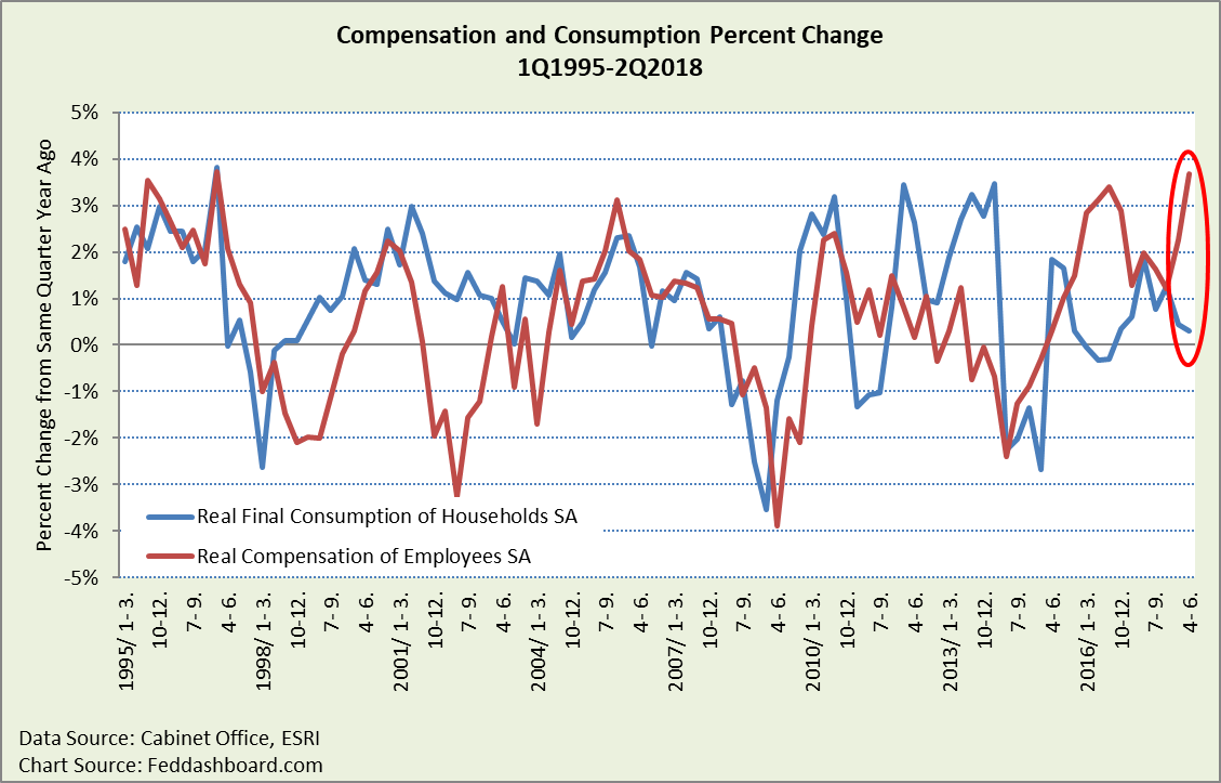 In a myth that won’t die, the so-called Japanese “malaise” is not primarily about the individual shopper; it is more about demographics.

In 2Q2018, contributions to percent change in GDP: 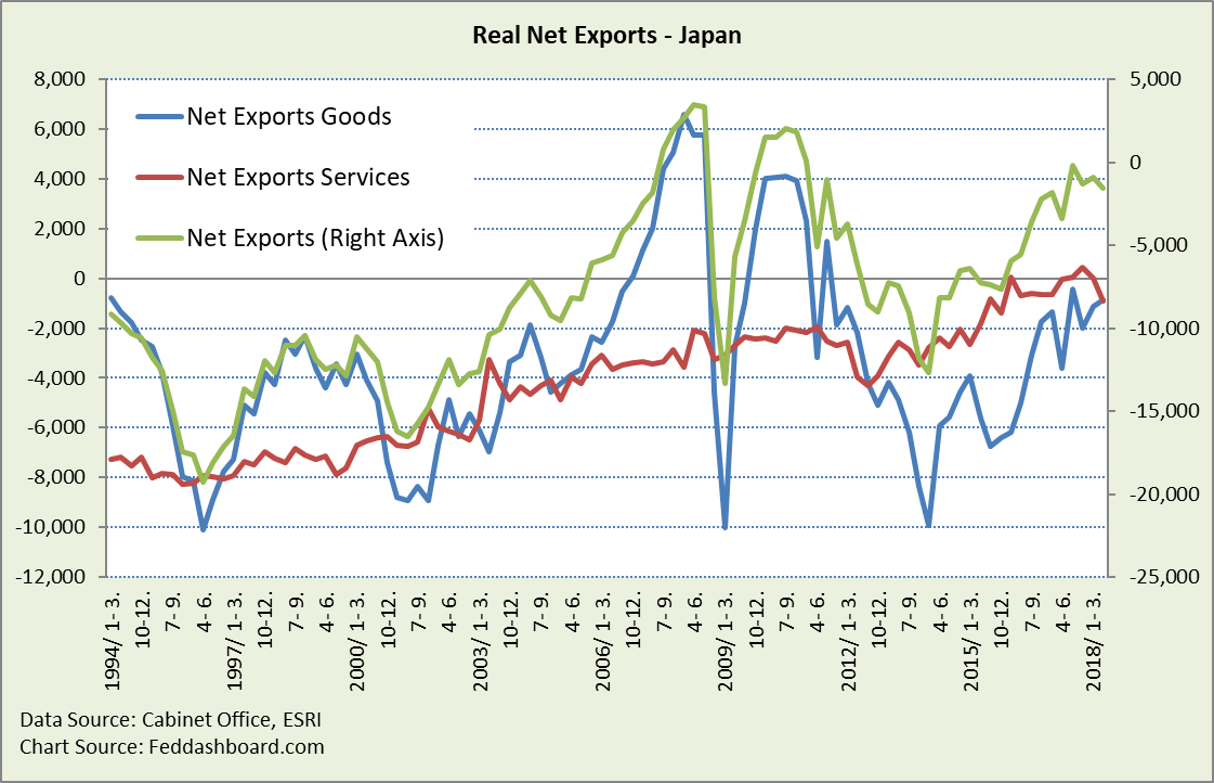 What does Japan’s export engine depend on? Underpinning growth are:

Vitally, automation and improvement in management continue to cut cost. Yet, the spark of innovation isn’t as robust as in the past. Rising to the challenge, private sector improvements have been supported by the Government’s structural, corporate governance, and innovation initiatives, including the Government’s July 2017 new medical device approval process. Good news. 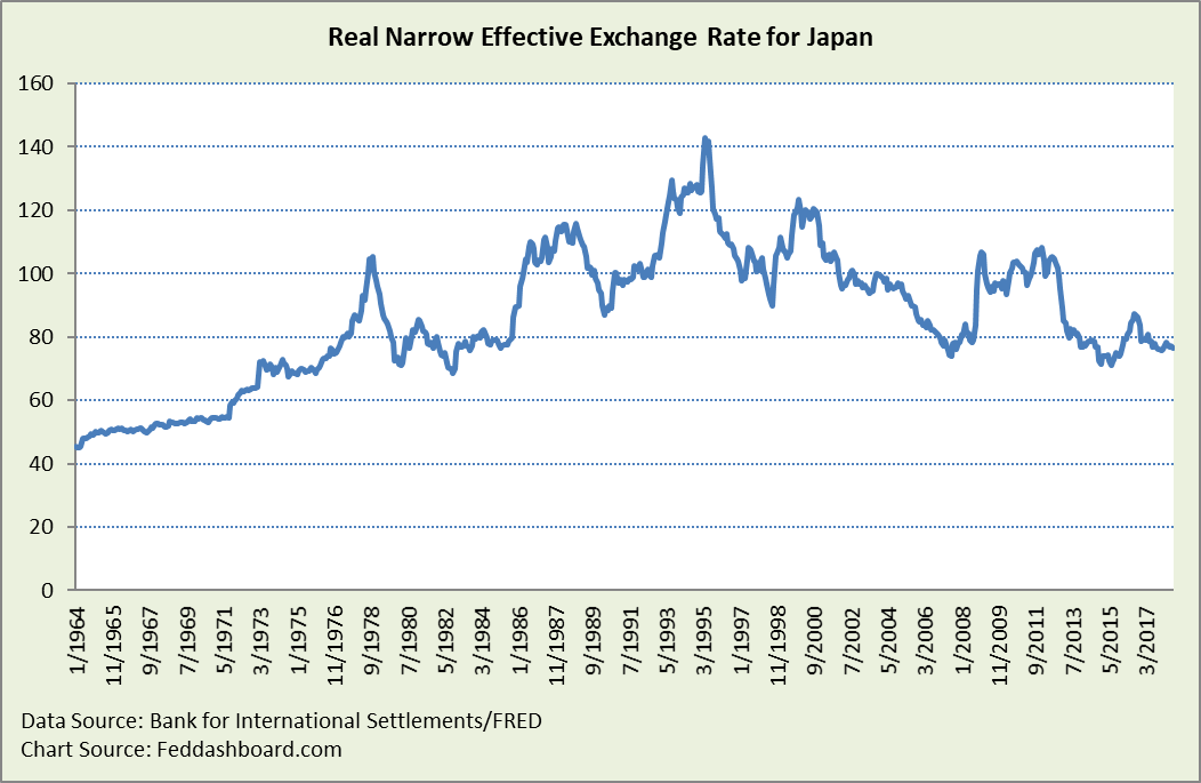 Nonfinancial companies seeking to hedge are confronted by the usual need to guess goods and services trade. Since 2010, they need to better guess financial markets seeking safety in the Yen and the actions of central banks. Corporate treasury decisions are confounded by the Bank of Japan (BOJ) diverging from other central banks and disconnecting from Cabinet Office and financial market data. 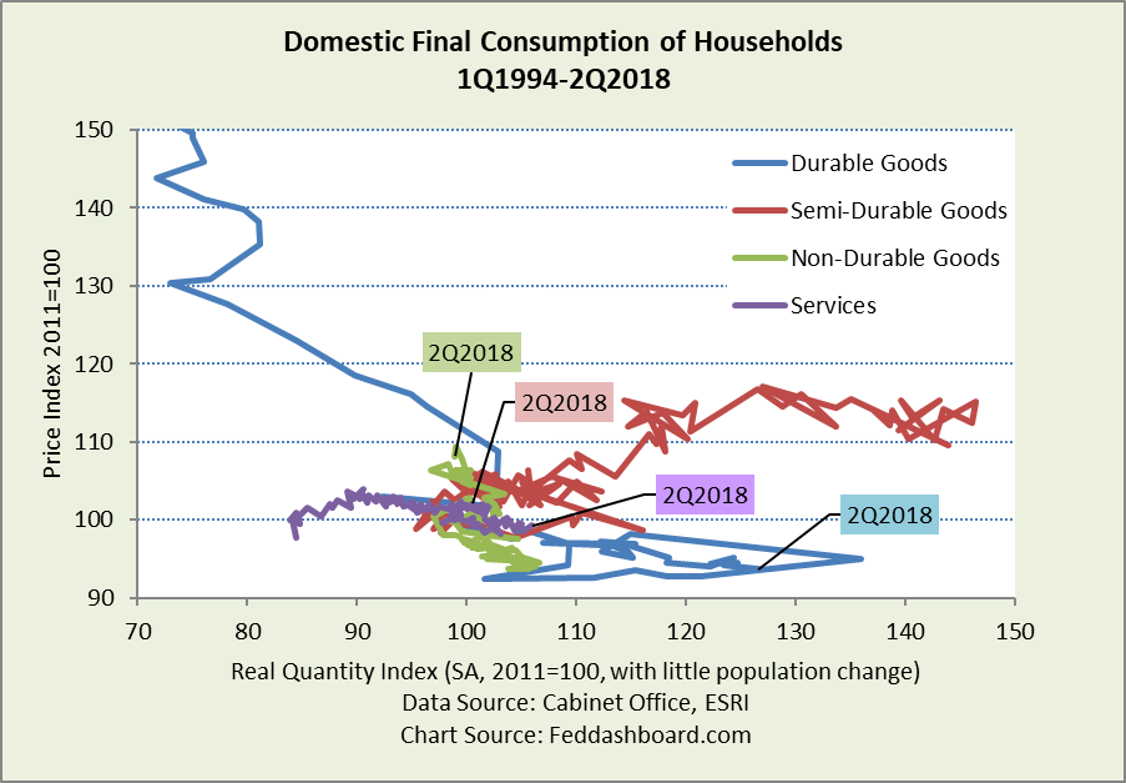 Watch for dangers from actions that conflict with helpful policies

As the clock ticks to the VAT increase and Olympics, threats include: