Sound bites confuse the conversation by confusing aspects of price changes. To clarify:

For managing inflation – again, strictly speaking as general price increases – the Fed is king of the hill. Yet, even here the Federal Open Market Committee (FOMC) is facing potential limits to its tools. Two include:

Yet, we’ll leave these heady global monetary thoughts for something simpler – patterns in specific price changes.

It helps to tell the story through personal pocketbooks — price changes faced by households.

The pictures below are scatter plots for often-watched household expenditures, selected from dozens provided by U.S. Bureau of Economic Analysis (BEA).

Presented in a standard supply and demand format (price and quantity), the lines are the moving intersection points of supply and demand each quarter from 1Q1959 to 2Q2014. Lines converge in 2009 simply because BEA indices are set to 2009. 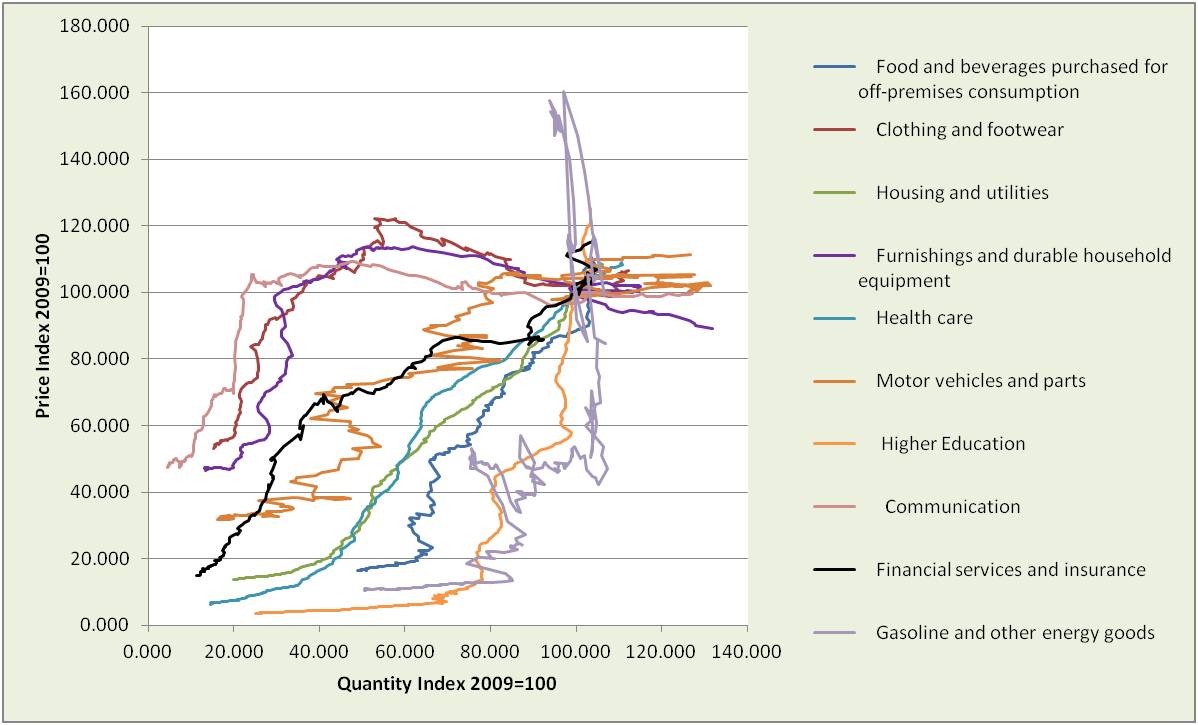 Second picture is the same as the first except that for visual clarity two categories are removed. Motor vehicles are removed because of significant quantity fluctuations and gasoline because of price fluctuations. Personal Consumption Expenditures (PCE) is added as a reference. 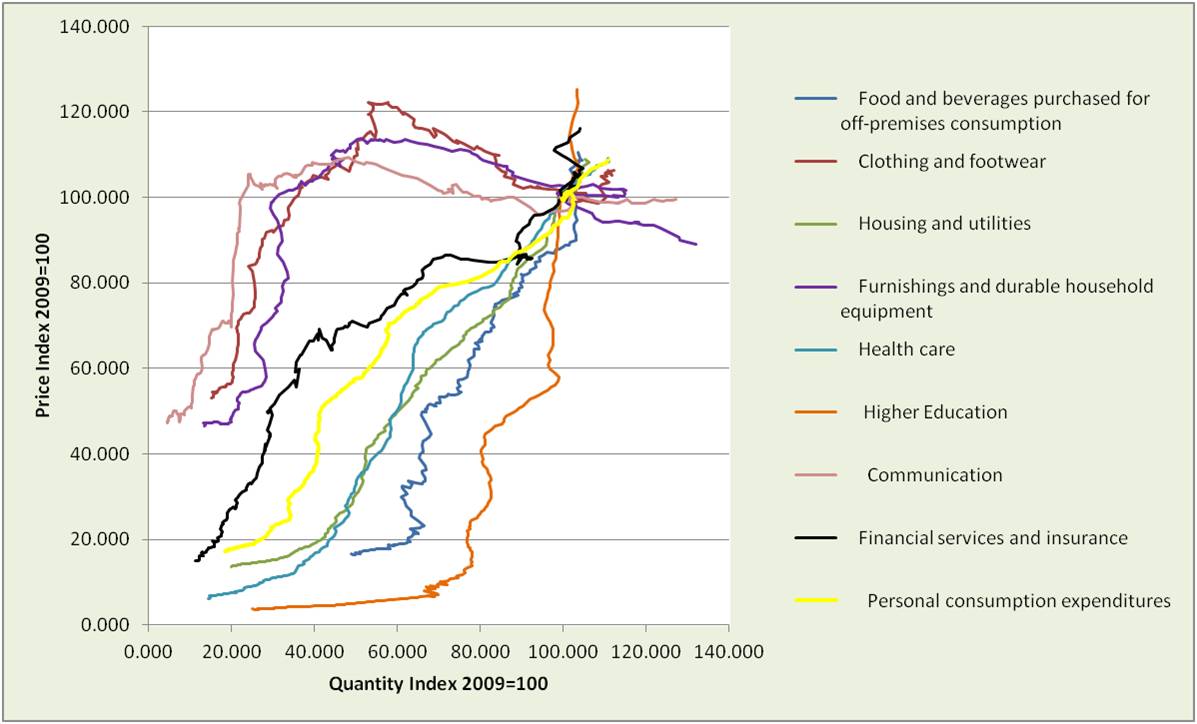 For policy-makers, this illustrates the need to understand root causes, use the right tools for the job and be statesmen in the sense of collaborating in regulatory, tax, fiscal and monetary policy.

If the objective is more conservative, then avoid areas of distortion and focus on company business models that are less influenced by monetary policy traps or triumphs.