Trending
You are at:Home»Exponential Tech»Epic Econ: “Breaking the back of inflation” – lessons for today

Paul Volcker and his Federal Reserve colleagues are lauded for “breaking the back of inflation” in 1981. Yet, success came from more than high interest rates. 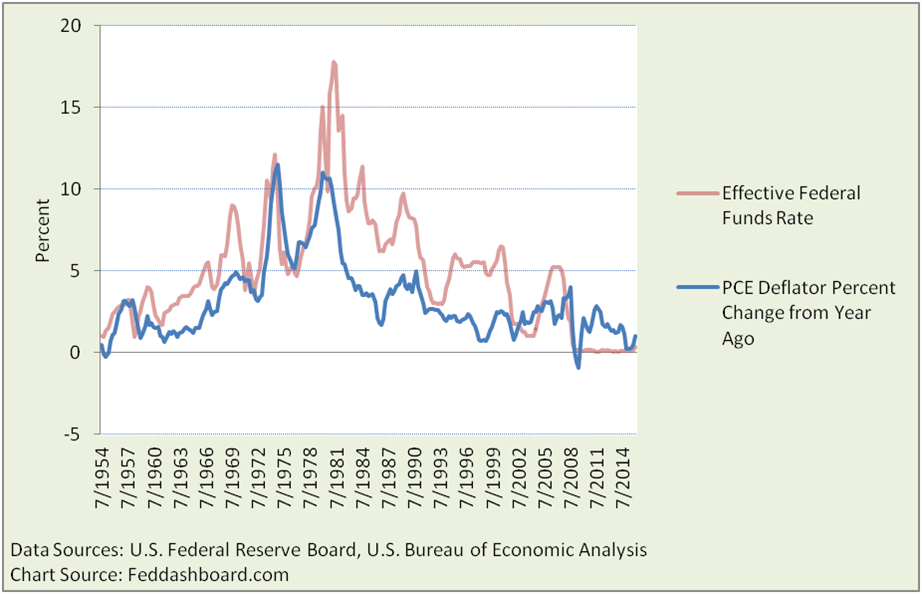 At the 35th anniversary of that feat, we ask, “Was it just rates?” To investigate, we start by noticing significant differences in the price indices (deflators) of each Personal Consumption Expenditure (PCE) category. Differences signal causes beyond generalized inflation expectations. 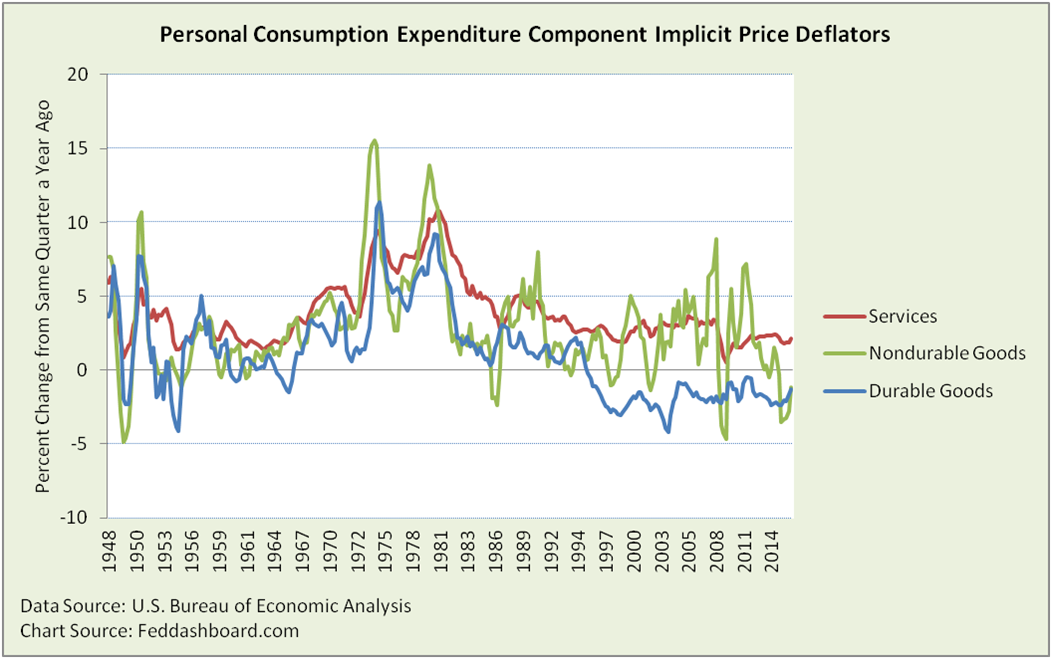 About two-thirds of services in 1981 were highly influenced by government decisions — housing, health care, financial services, education and communications.

Comparing the seven years of stagflation to the following four years reveals that price relief wasn’t widespread in services. Price change rates were higher for professional, education and communication services. Rates were roughly the same for housing, non-energy utilities, health care and financial services. Rates were lower for energy utilities, transportation (being deregulated at the time, and see below about energy), food, recreation, personal care, maintenance and social services. 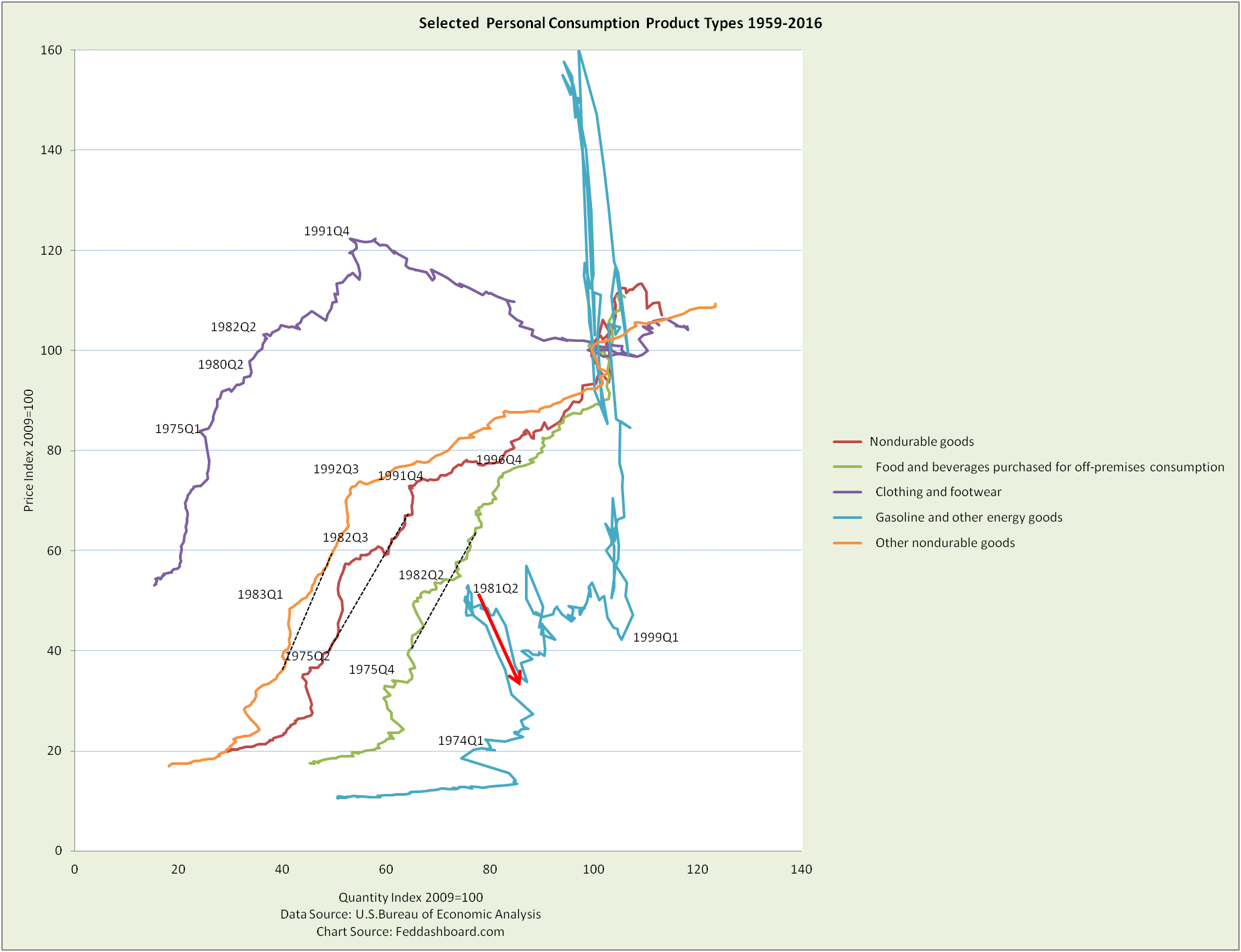 Food was over 40% of nondurables in 1981 tapering to about 34% since 2005, so the Nondurables index tracks closely with Food. While Food has weather and global drivers far removed from monetary policy, kudos to the Fed for resetting to trend line both Food and Other nondurables.

Energy was nearly 20% of nondurables in 1981. Oil prices plugged in the 1980s due to global surplus (red arrow) after a decade of decreasing consumption and increasing production – not because of the Fed’s more recent action.

Durable goods purchases suffered quarter-to-quarter contractions in various quarters from 1978-1981. Most dramatic in motor vehicles, it was also seen in furniture and appliances, and other durable goods.

In sharp contrast, Recreational goods and vehicles grew dramatically. Why? 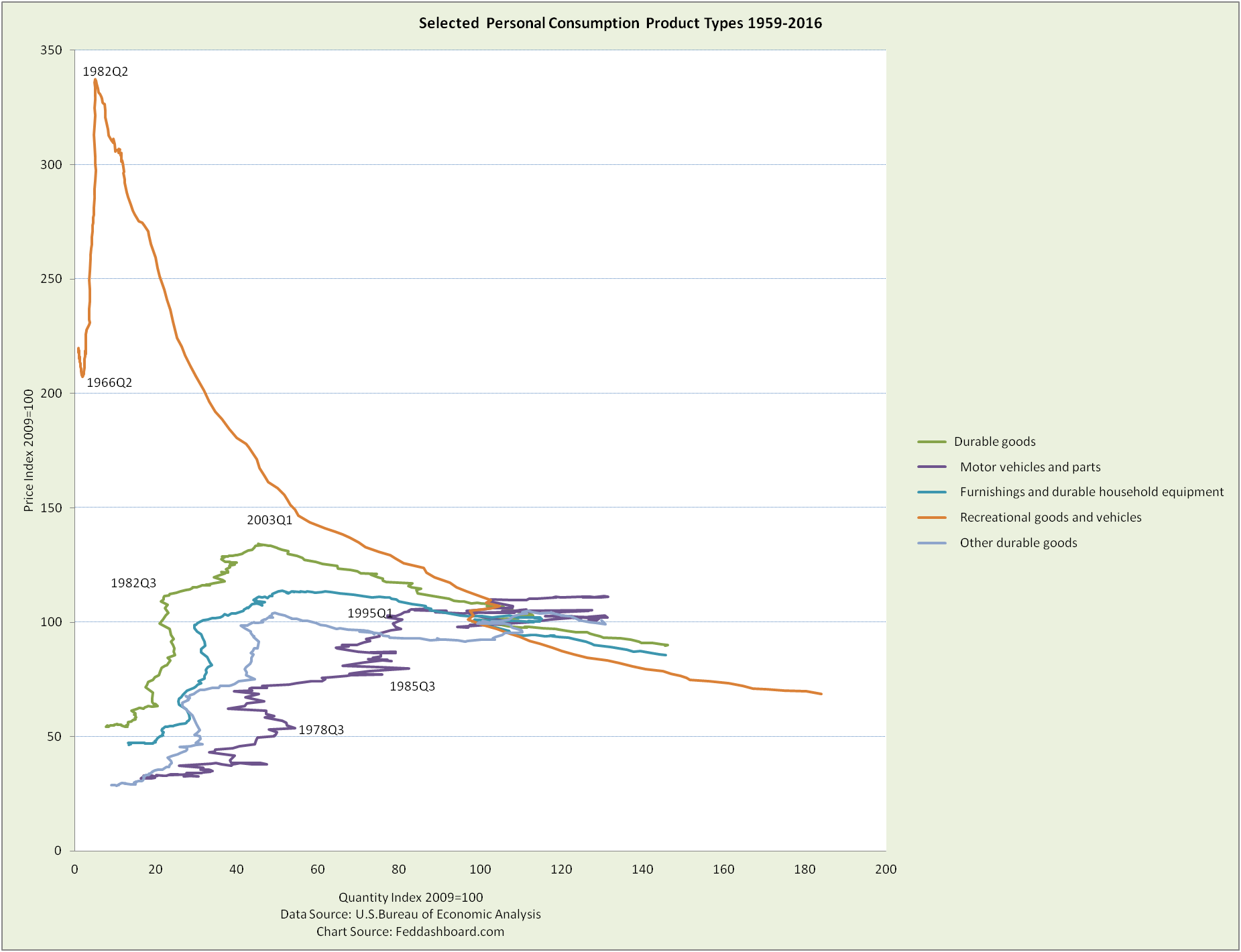 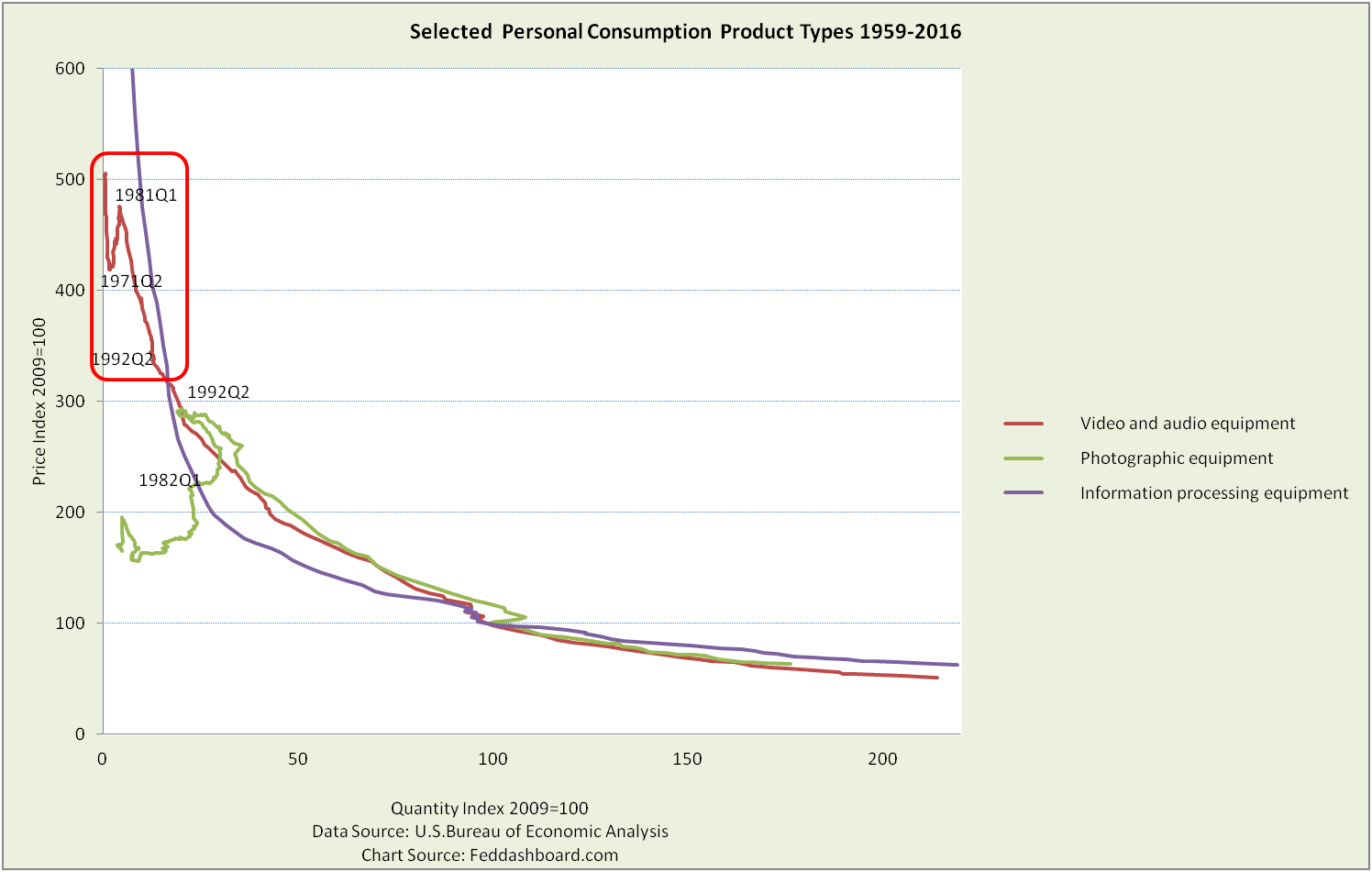 Volcker’s action reconnected products to plunging price forces. PCs and software were most dramatic. The price index for the PC in 1Q1979 was nearly 83,000 – it would require a chart over 138 TIMES taller than the one below just to show the curve.

Volcker broke monetary inflation expectations. What broke more was a single expectation around which central bankers could plan – shattering the assumption of “core inflation.”

The new reality became price divergence. Falling prices became the expectation for globally traded goods, especially digital. By the mid-1990s the average price of all goods was falling – and consumers bought more. At the other end of the spectrum, consumers became frustrated by rising prices in services such as health care and education as we’ve shown before.