Too many traders reacted with confusion to the February 2nd Bureau of Labor Statistics release. You can do better. Learn the context to act with better clarity on February 14th.

From a high on Friday, January 26th, the S&P 500 Index started falling. Yet it wasn’t until Friday, February 2nd that a trigger was widely mentioned – the good news of strong wage gains. Trader’s feared good economic news would lead to higher goods and services prices that would cause the Federal Open Market Committee (FOMC) to raise the Federal Funds rate faster.

Specifically, in the Bureau of Labor Statistics (BLS) Employment Situation news release, the strength of the preliminary estimate of December growth in average hourly earnings for production and nonsupervisory employees in the nonfarm private sector. 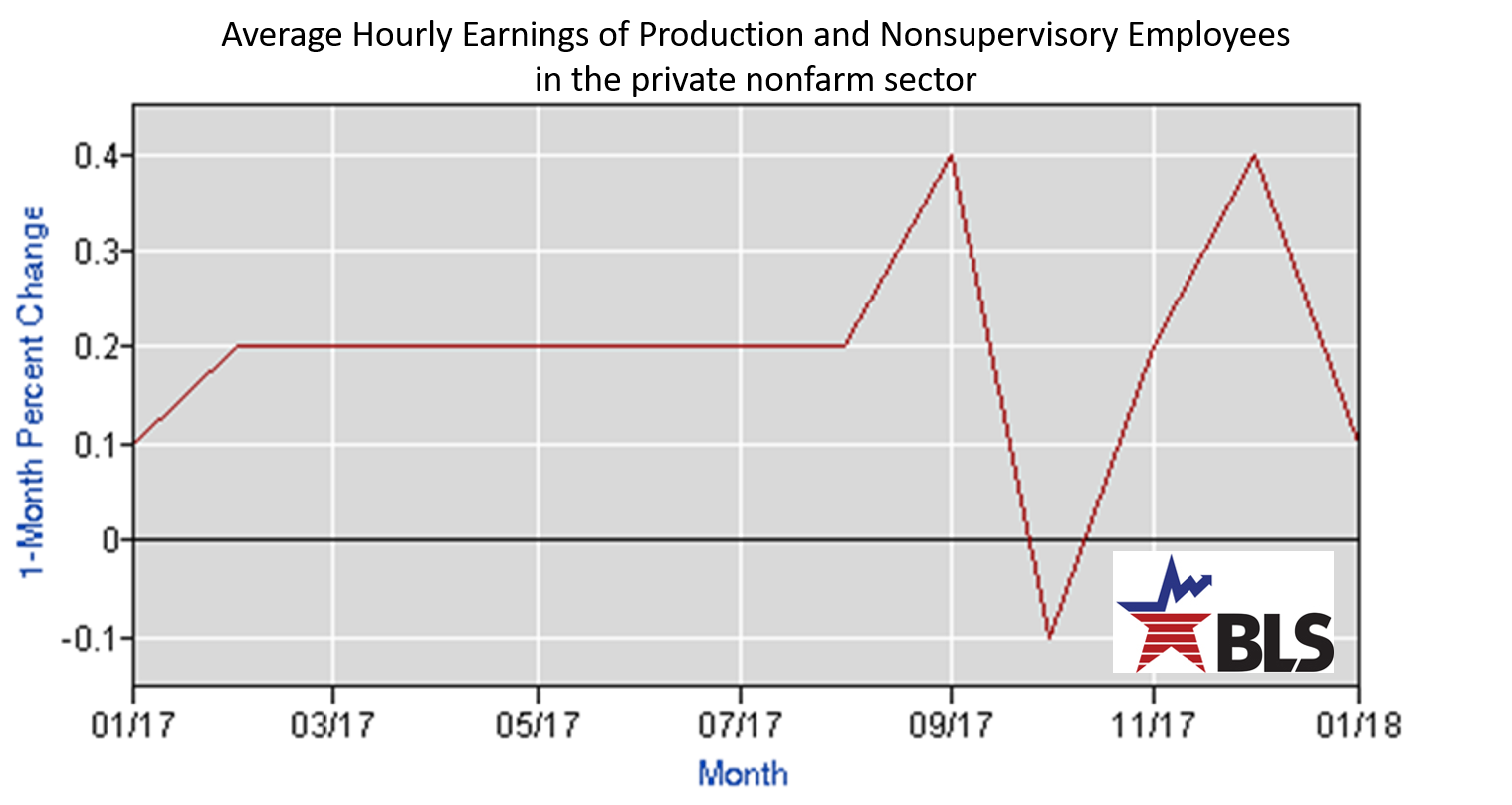 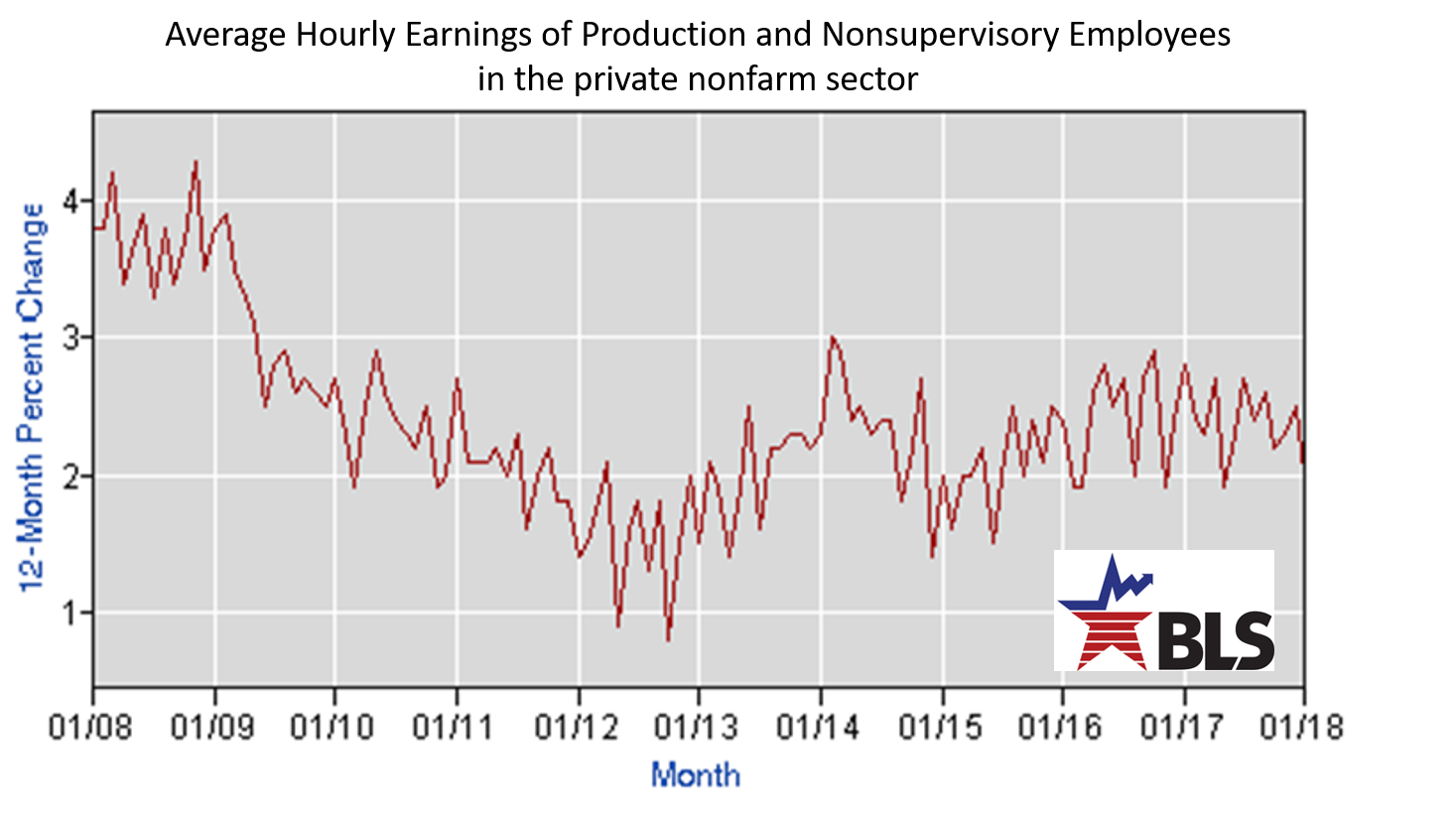 One way to compare wages to product prices is Real Average Hourly Earnings. Below, no clear trend. 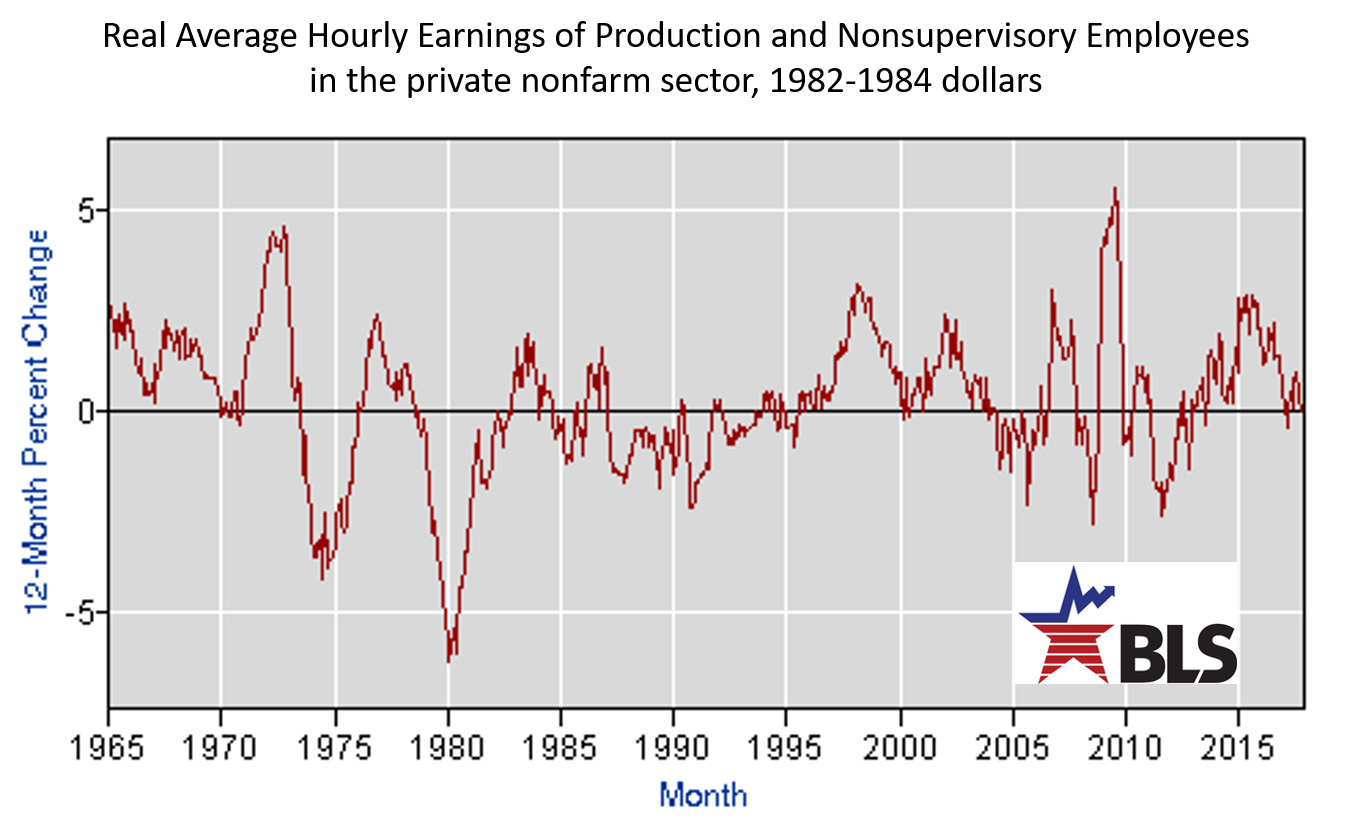 But, that doesn’t imply anything about price growth alone. It could just be that wages and product price growth are balancing each other. To check prices, we look at the FOMC’s preferred measure of prices — the Personal Consumption Expenditures, excluding Food and Energy, implicit price deflator published by the U.S. Bureau of Economic Analysis (BEA) – “core PCE deflator.” 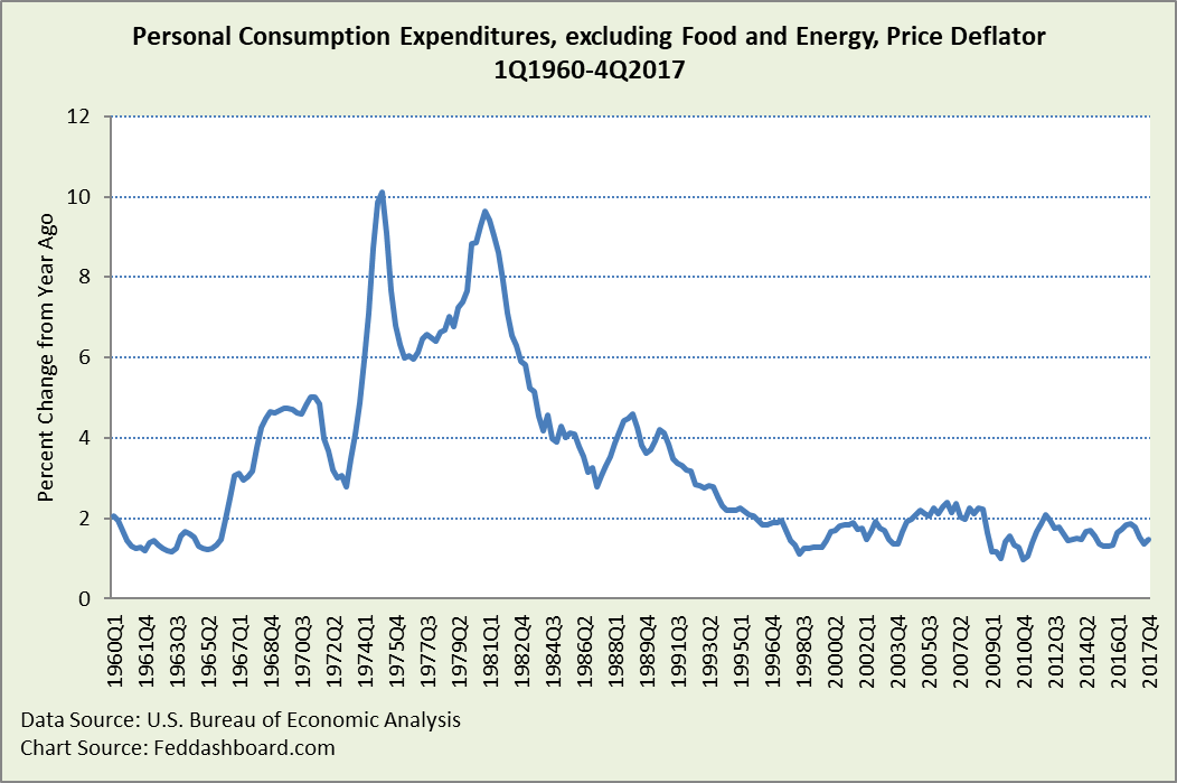 In response, some observers say, “What goes down, must go up – we’re overdue for higher prices.” Yet, prices in real life aren’t one big blob. Prices are specific to goods and services we all buy.

In 1995, the average of all goods prices began to fall – and shoppers bought more. This trend began in the 1970s with computers and audio and video equipment as we’ve illustrated previously.

The chart below has a vertical bar for each product sub-category or type reported by the BEA. Blue for goods, red for services. Notice the dramatic difference in goods and services. 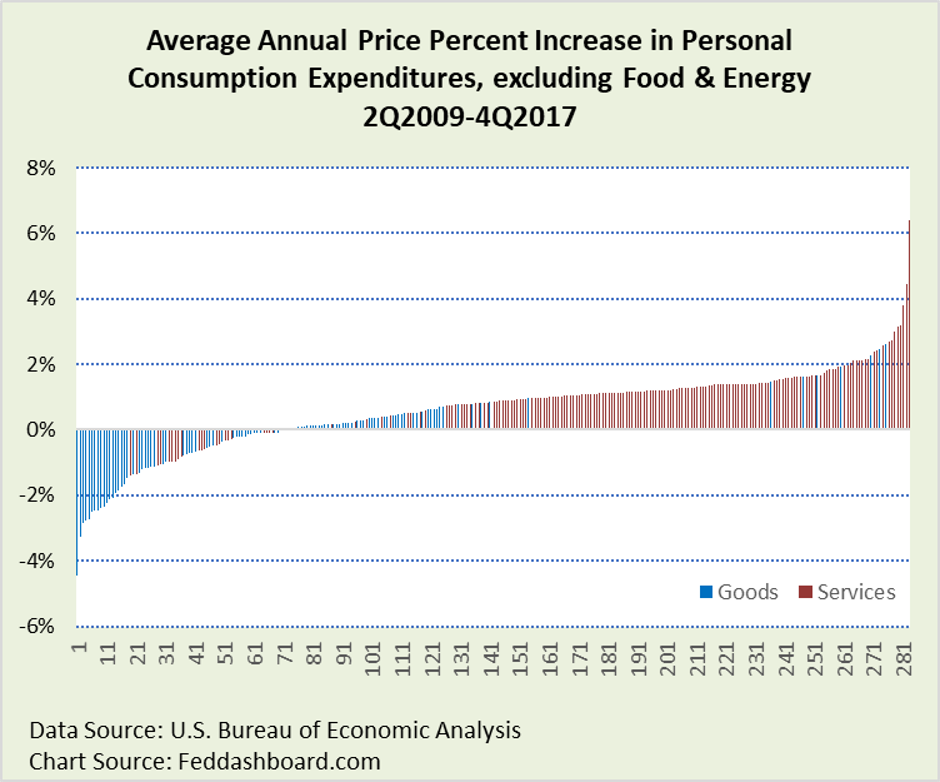 Majority of goods are decreasing, such consumer electronics

Majority of services are increasing, such as housing, higher education, banking fees, and nail salons

Each item has a story about its price.

Forecasting requires a story that will increase prices in the face of the cost-decreasing forces of the global tech and trade transformation. Or, piggy-back on policies that increase prices such as bank regulation.

How will FOMC members respond to these real-world dynamics? Traders placing bets need to guess FOMC member response. For example, will members:

With all the attention to jobs and potential inflation, better insights were overlooked:

Get ready for Wednesday

At 8:30 EST Wednesday, February 14th, the BLS will release the next Real Earnings data. Whether up, down, or sideways, now you have context.