Trending
You are at:Home»Productivity»What everyone is getting wrong about the American worker 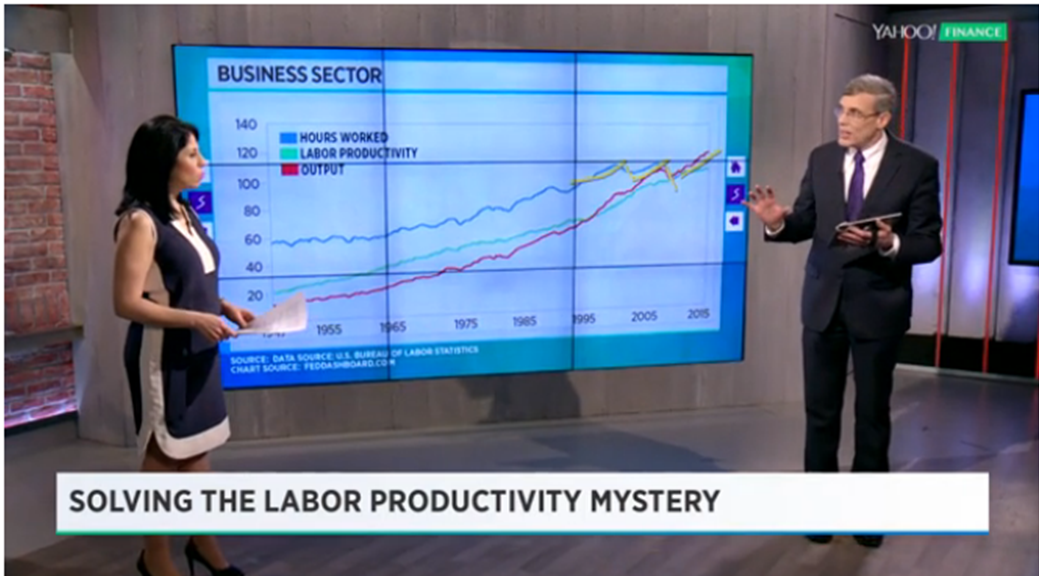 Most people think of productivity like Henry Ford said, “Work smarter, not harder.” The word “efficiency” might also come to mind.

At least since Adam Smith (1723-1790) there has been debate over exactly what “productivity” measures and the ability to measure it. In the 20th Century, a more formal debate was ignited by key studies published in the 1960s.

It is wrong to say that measured productivity is misleading, because it is only an equation. At its heart, productivity is just the ratio of outputs divided by inputs. But this ratio quickly becomes a complicated equation in listing numerous inputs and then standardizing (or “holding constant”) the output and inputs.

What is wrong? To be misled by a rather squishy equation. In particular, it’s a mistake for central bankers to make monetary policy decisions without understanding the dynamics behind the ratio.  In our Fed Dashboard & Fundamentals analyses, we’ve looked at just a small set of the concerns – those related to times series of data that show up nicely in data pictures.

As much of this is technology-related, what’s important is to refine measures to help us more easily gauge our changing economy.