Trending
You are at:Home»Asia»Baseball lessons for Japan’s GDP

Japan’s GDP has grown in each of the past four quarters – good news. Next, Japan needs to learn from baseball to consistently grow each GDP component.

“Headline” Gross Domestic Product (GDP) is like the final score of a baseball game – it says nothing about each player at bat or on the field. When a favorite team wins, loyal fans want to know, “How did they win?” and, “Can they keep winning?”

When the good news of four quarters of real (price level-adjusted) GDP was announced, the same baseball questions were asked. Answering the “how” question starts by looking at the components of real GDP as reported by the Cabinet Office’s Economic and Social Research Institute (ESRI).

ESRI provides multiple views of GDP. For answering “What added up to quarterly change?” the data to use are “Real, Seasonally Adjusted Series (Contributions to Quarter-to-Quarter Percent Change in GDP).” 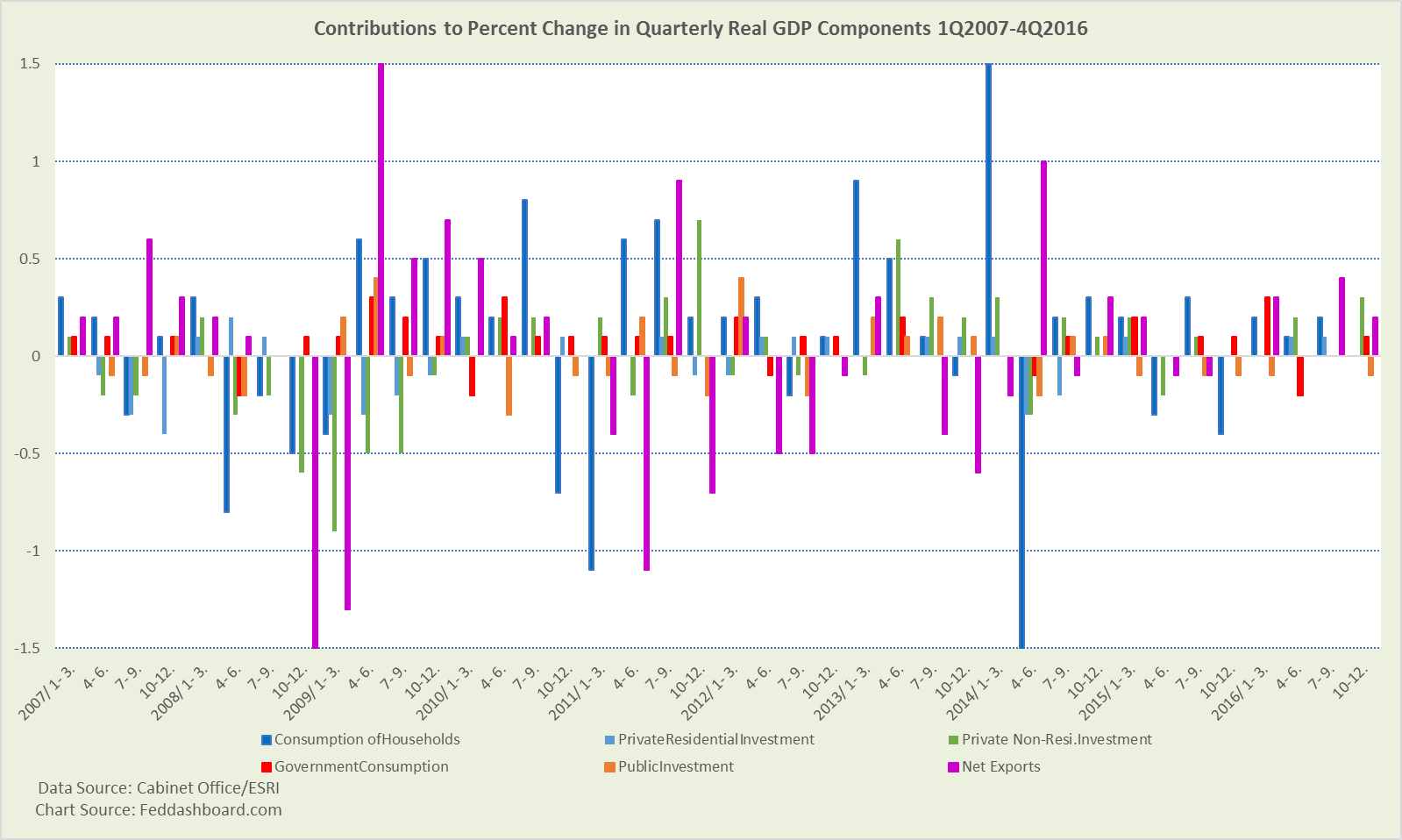 Each GDP component has different implications:

The plunge in 2Q2014 is the reaction to the increase in the consumption tax, accompanied by the Bank of Japan’s (BoJ) Qualitative and Quantitative Easing (QQE) asset purchases. The plunge appears worse because shoppers splurged the prior quarter.

In baseball, strong teams and players shift. For example, in 2016 in the Japan Pacific League regular season, Hokkaido Nippon Ham Fighters had the best win-loss record. They were also best in overall pitching. But, they were second behind Fukuoka Softbank Hawks in overall batting and fielding. Winning comes from strengthening weak spots and avoiding errors.

As in baseball, specifics matter

The time trend shows magnitude and patterns over time. Highlights: 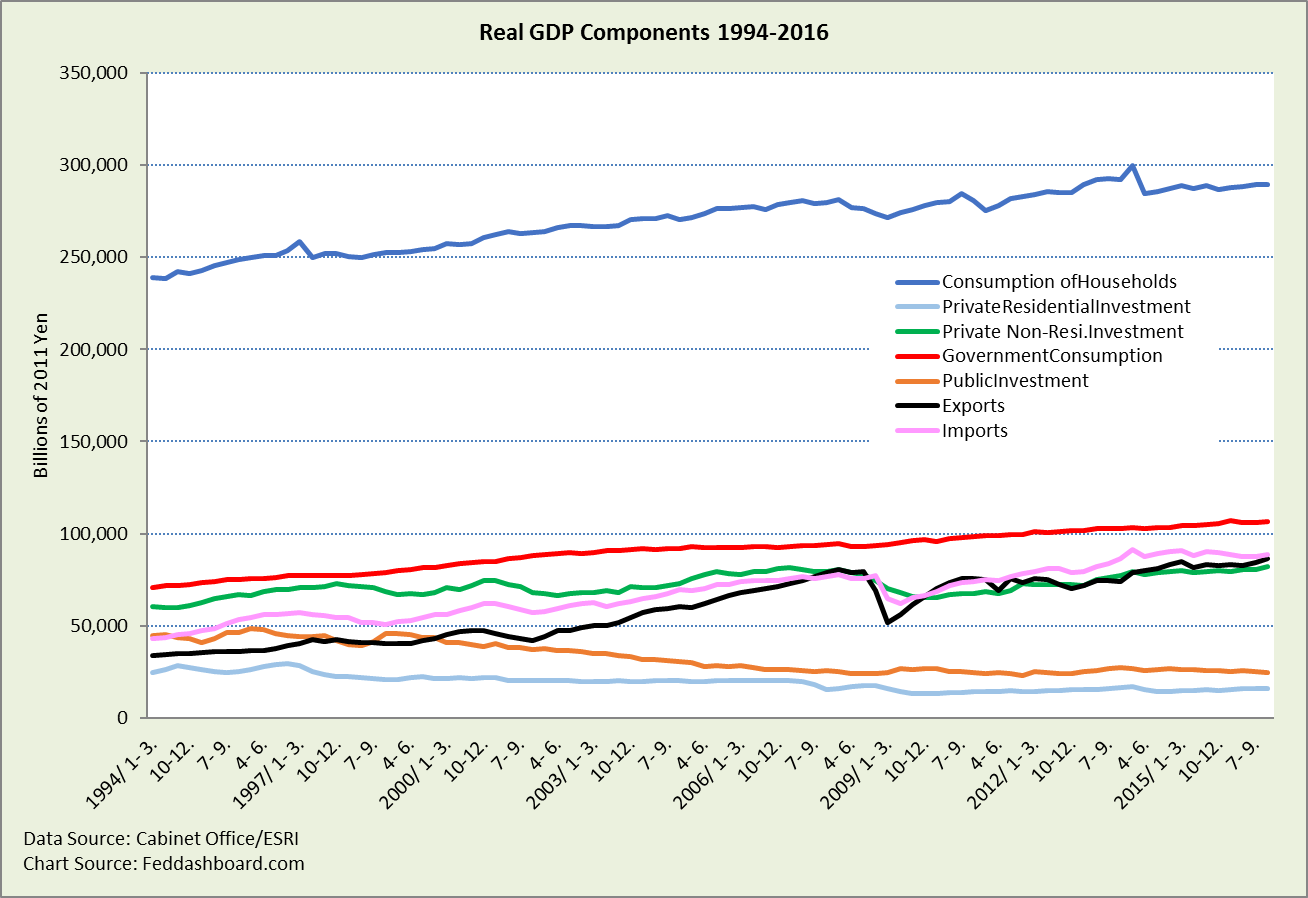 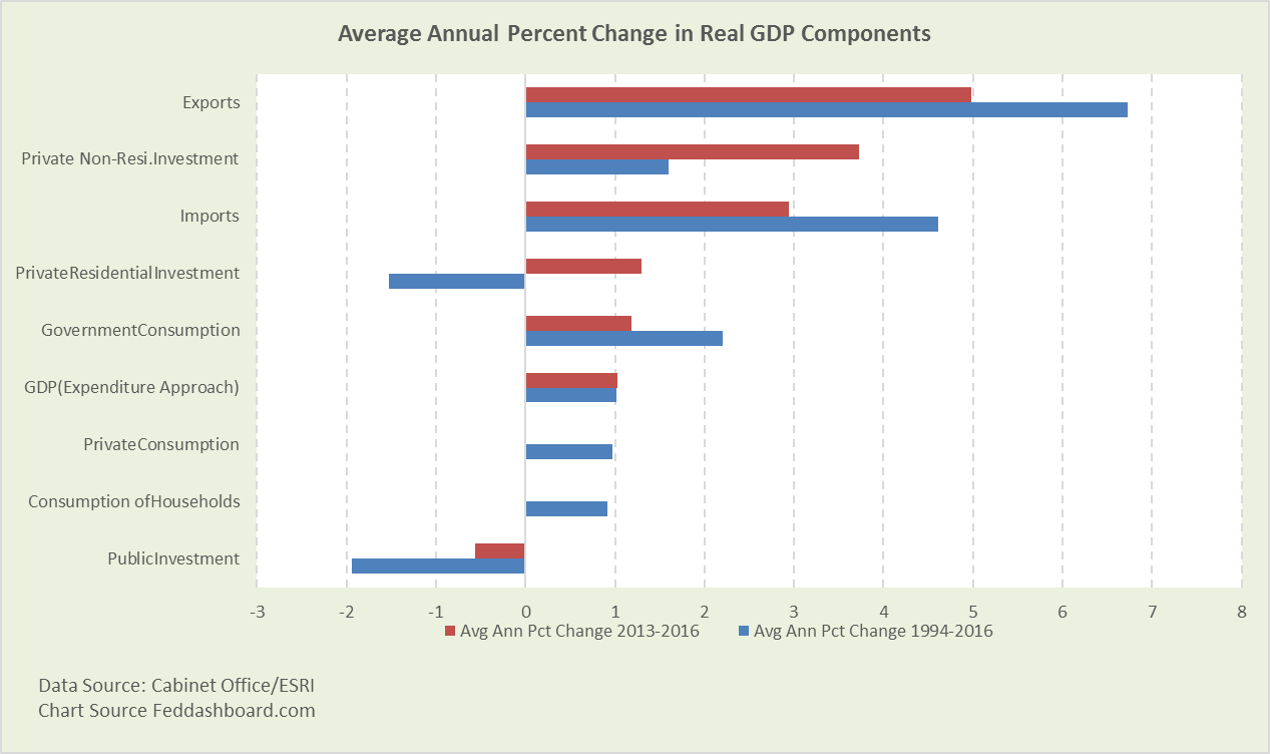 To win the championship, household consumption must grow.