Trending
You are at:Home»Business Credit»Don’t bet on “Business Cycles” — Part 3

Idealized “business cycles” don’t exist. Business cycle causes and consequences have long been debated in economics. Yet, this debate is often out sight of investors. This note continues a series that aspires to illustrate why business cycles shouldn’t be the primary lens for investing.

Three insights from Part 2 kick off: 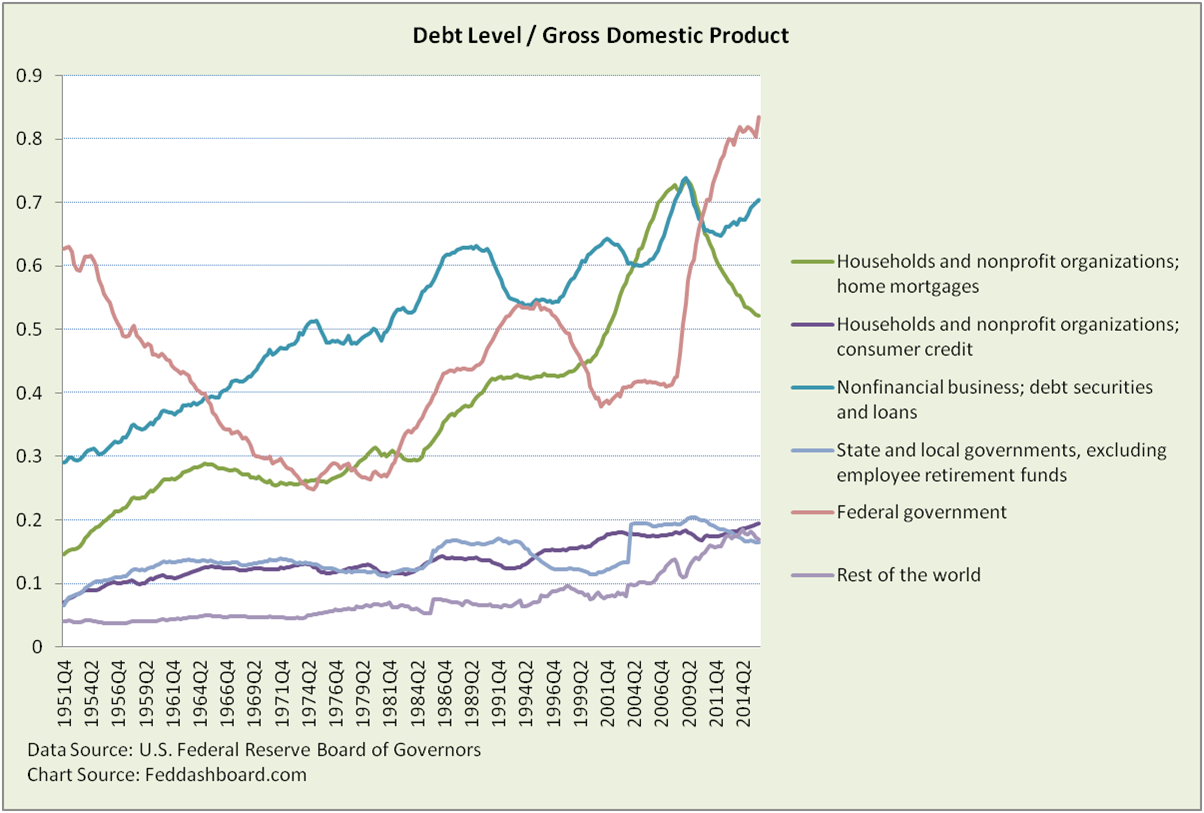 Below in the red line, the debt cycle is less sharp when Debt Securities and Loans are compared to GVA (as opposed to GDP, above) and the rise in corporate bonds is more prominent. Further, in the Total Liabilities view (blue line); changes are less dramatic, with “deleveraging” aided by strength in equity markets that eased pension obligations. Of course, fundamental investors easily see this as they are “bottoms up.” Macro investors can learn from fundamental folks. 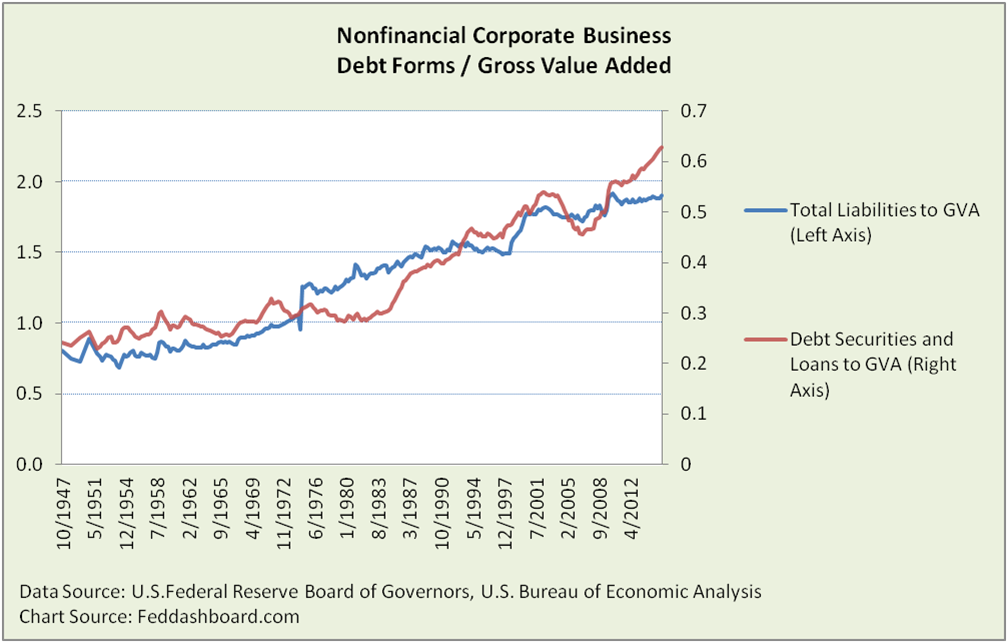 Debt cycles are not alike. Causes of differences over time include government fiscal, regulatory and monetary policy. For example, in expansion, consumer credit rises in the early 1970s (creation of the credit card), the Reagan recovery and early Clinton years are not comparable to the housing triple-bubble (mortgage debt, construction and purchase prices). In contraction, the handling of defaults and rescheduling was different.

Perceiving pace is one complication. Consider a Track & Field event, say, sprints. Assuming all events have similar pace would be wrong.

Perceiving by symptom is another complication. Consider a human example. Elevated blood pressure and pulse is a typical sign of a heart attack. Yet, it could be due to a person having a close encounter with a bear (the kind with four legs, not a market downturn). A cough could be anything from sensitivity to caffeine to lymphoma. In medicine the consequences of misperception are too often tragic. Investors should also be alert to the differences in causes behind symptoms such as GDP, and unemployment and inflation rates.

The use of business cycles as a primary lens into the economy can blind investors to significant changes, including that research-to-retail product costs are lower and the world is awash in cash (as we’ve illustrated previously). The causes of these changes are reflected in the PIPE Factors of supply and 4Cs of demand. This appears in product price-quantity charts.