Despite the most recent inflation report, headlines hide the real story. Price increases aren’t widespread or mostly from monetary-causes.

In May, the Personal Consumption Expenditures (PCE) deflator finally popped above the 2% target of the Federal Open Market Committee (FOMC) — both the annualized increase from April and compared to May 2017.

Popularly called “inflation,” it conjures images that prices generally rose 2% or that the increase was due to monetary causes (primarily Federal Funds rate and Fed’s balance sheet) controlled by the FOMC.

Is that true? Not really. 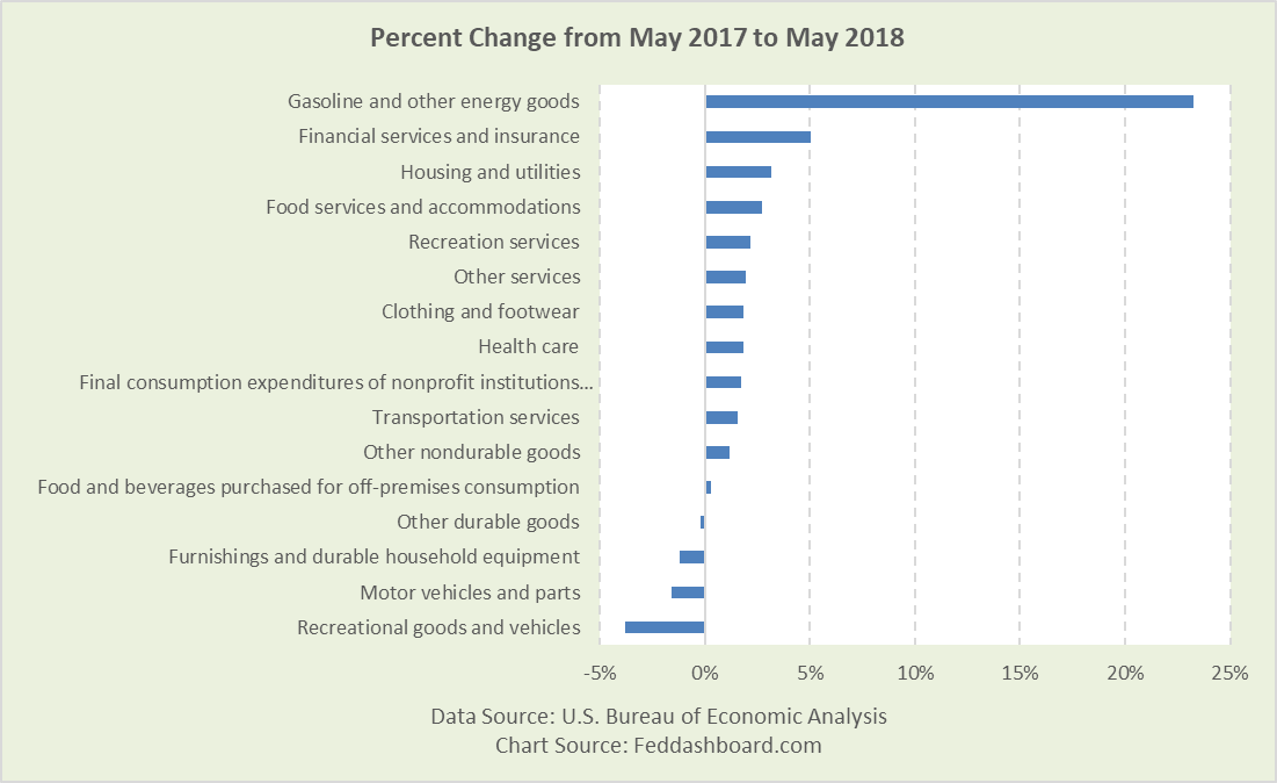 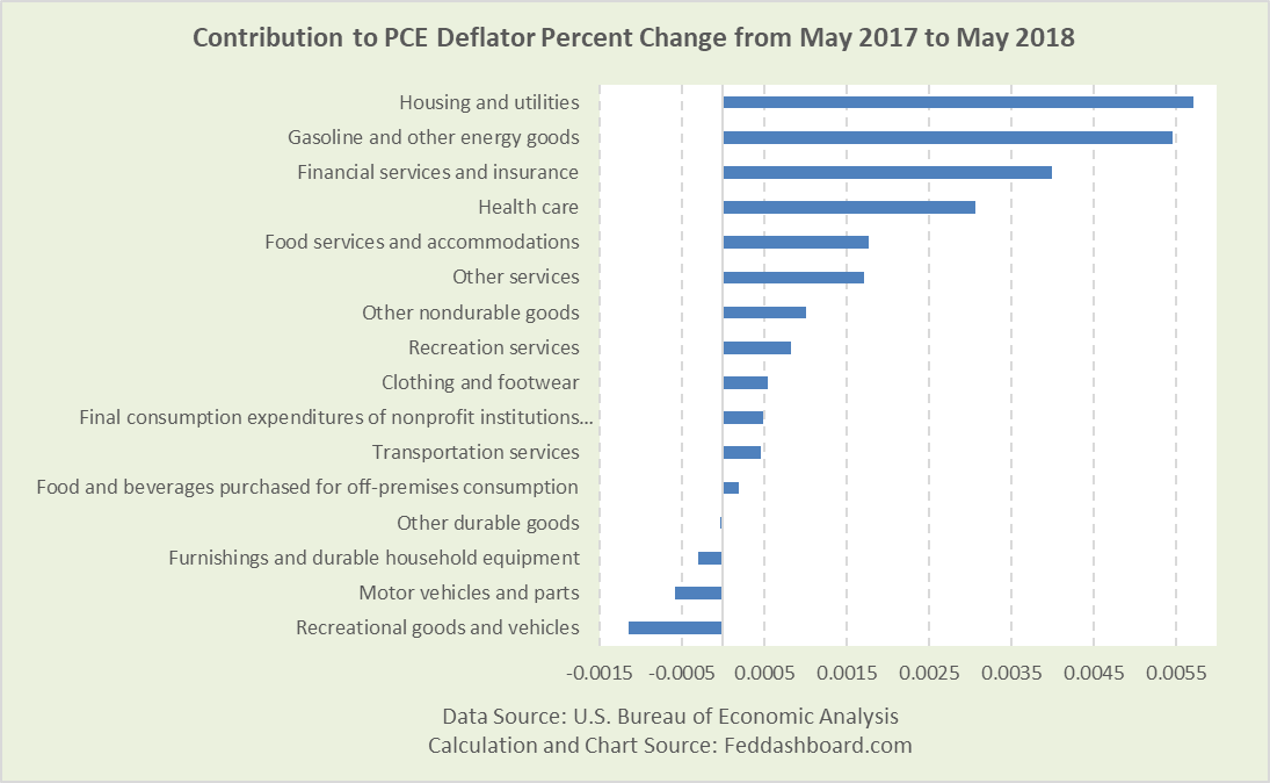 The point of the 2% target as a policy guide is that the price change is assumed to be due to monetary causes and controllable by the FOMC.

But, that control varies:

The less influence the FOMC has, the more reason to rethink monetary policy, as shown more in “Concentrated price changes mean less control for the Fed.”

Shoppers have been buying more durables as prices fall since 1995 – thanks to the global tech and trade transformation. The striking pivot is shown in “Concentrated price changes mean less control for the Fed” plus product-level pictures in the Money & Prices Section.

This downward slope holds for both individual products and across product types over time as shown in “Lower prices are good – what central bankers need to learn from shoppers.” Below is the “across” pattern in the past twelve months of data. 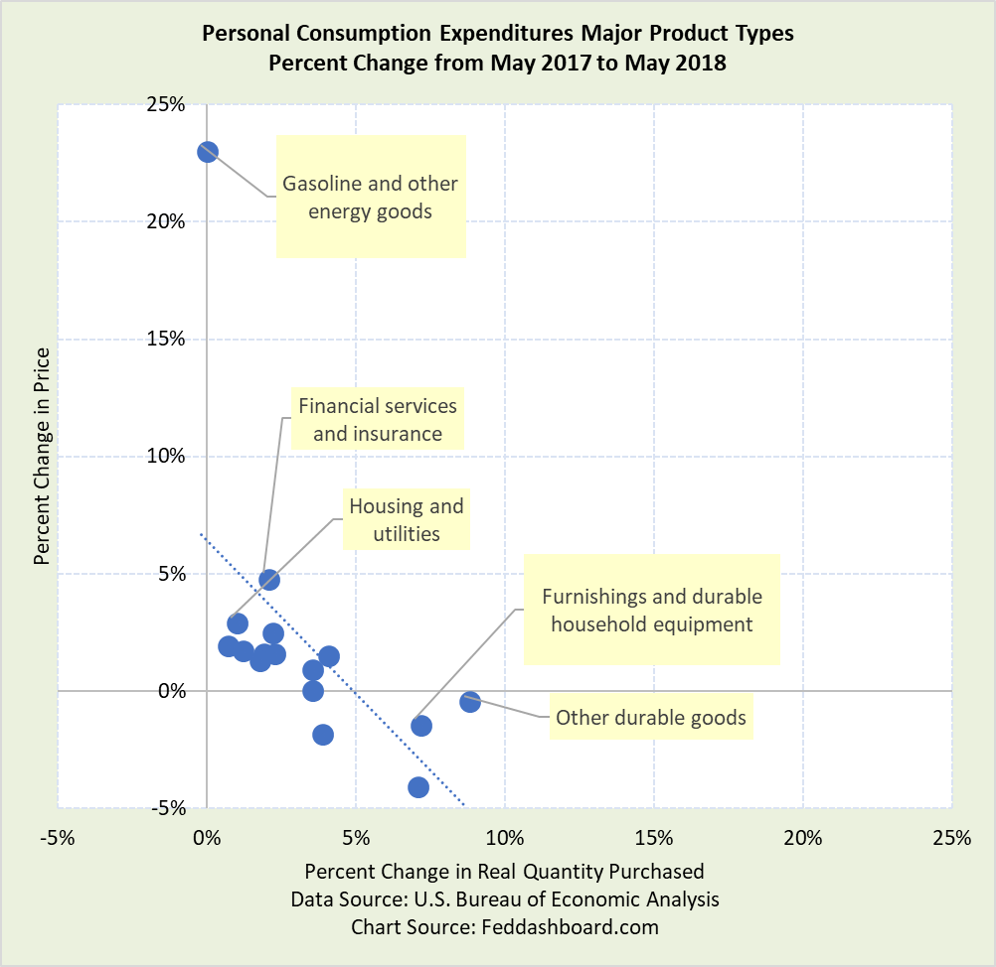 Other durable goods are mostly jewelry, educational books, and medical equipment. These luxuries and necessities aren’t as price-sensitive.