Trending
You are at:Home»Asia»Which country has the biggest stock market bubble?

Stock market bubbles are best measured by how much stock prices rise above the fundamentals of ringing cash registers. Viewed this way, Japan has the biggest bubble among five industrial countries.

Faced by bubbles, the new priority for central bankers is to prepare for a bubble bursting before tangible growth relives the strain. For example, plan for the “rapid decompression” and “slow leak” scenarios about which we wrote in October 2014, today with higher priority on geopolitical risk.  In tandem, government leaders need to step-up structural and regulatory reforms, as has the Japanese government.

Investors that passively benefited from the bubbles must decide next steps. Specific actions depend on investor situation, horizon and willingness to take risk. Options include:

Bubbles are often ranked by comparing country market indices and asking, “Which bubbled fastest or most?” 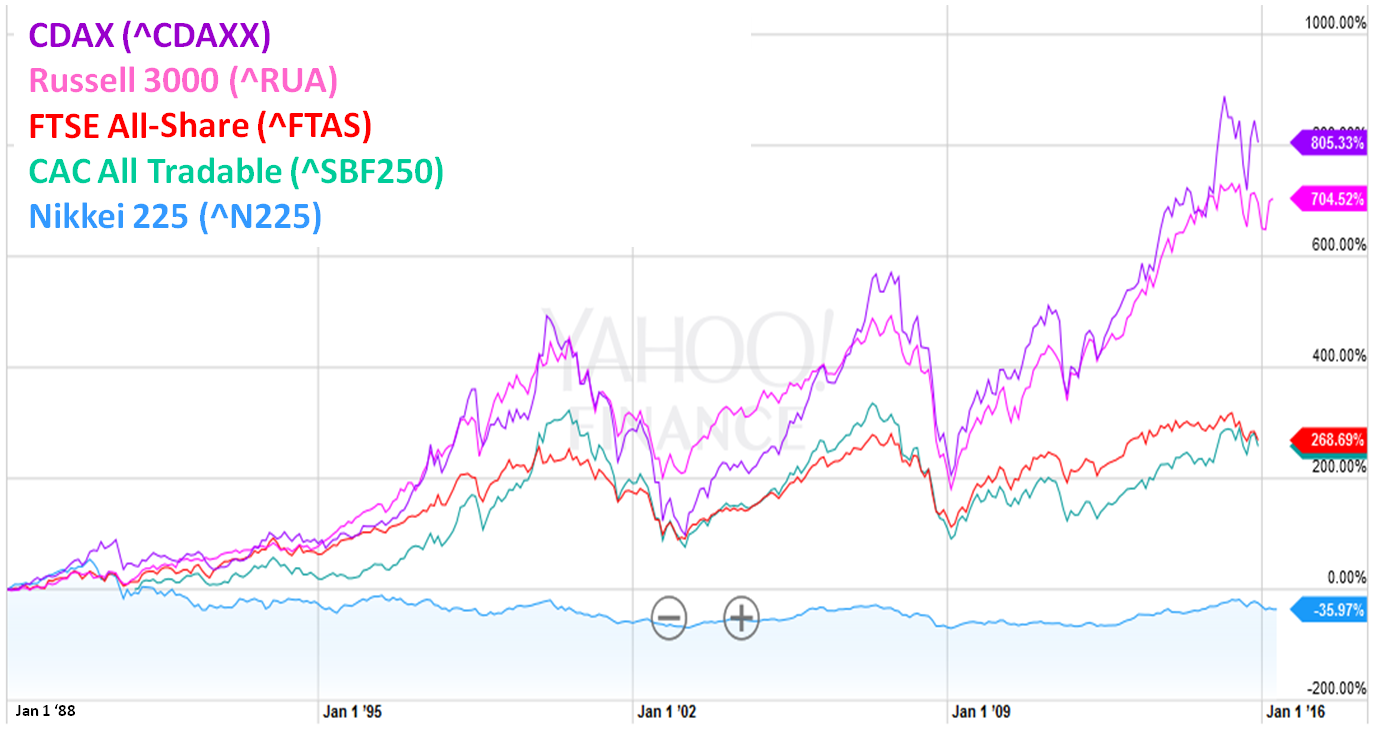 The problem is that price indices tell only half of the story. They don’t show performance relative to fundamentals. OK, to which fundamentals?

Today, it’s more helpful to compare stock prices to sales, or production of goods and services. At the country level, this approach has always been valuable because variations across companies cancel out, and sales is a tangible “cash register” measure that flows to wages that flows to future sales. This measure is Business Gross Value Added (a.k.a., Business GDP).

Watching for warnings with Strain Gauges

“Strain Gauges” measure force or pressure on anything from a fishing line to a child’s balloon. In financial markets, strain gauges can measure how high stocks are priced relative to goods and services that companies produced (Business GDP). The higher stock prices are above tangible production and sales, the more strain. 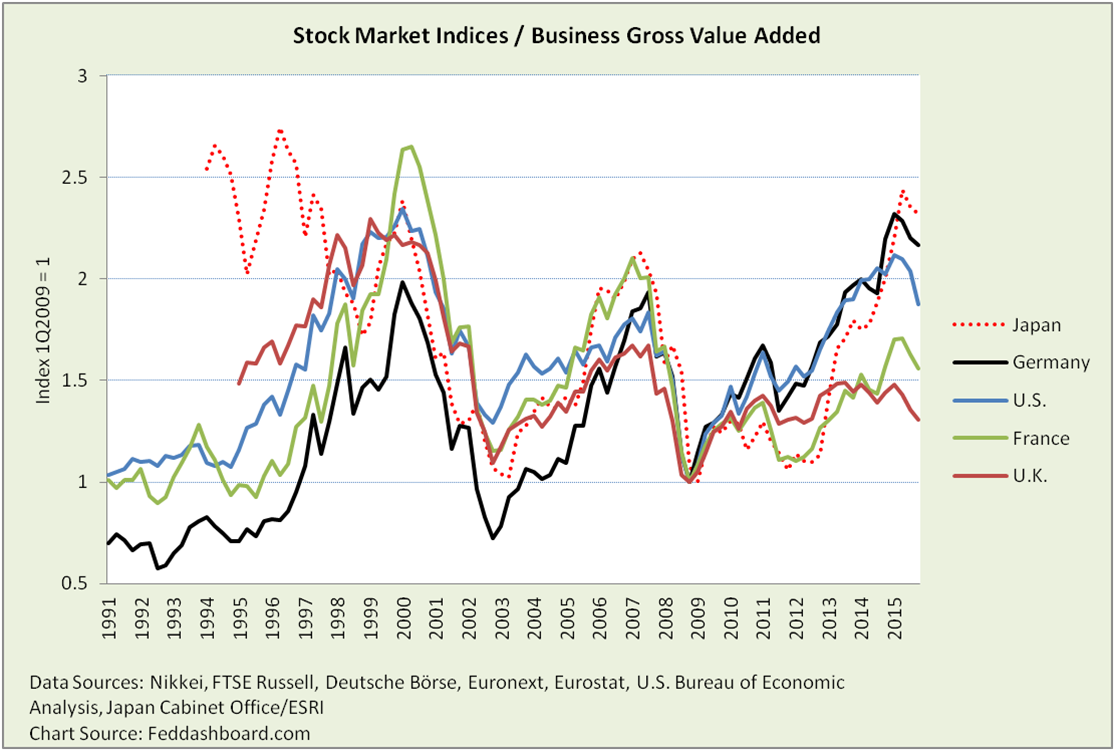 What if an investor wants to be selective within a country? Then learn local distinctions such as:

Yet, the strain gauges above are limited by historical data and detail. Good news is that the U.S. Federal Reserve and Bureau of Economic Analysis provide data to create a view that has both a longer history with a more meaningful ratio (market capitalization to Business GDP). Striking is how high the strain is compared to the “Reagan Recovery” or even the “industrial powerhouse” years of the 1960s.

In closing, Strain Gauges are one of several insights such as the “PIPE Factors” and “cash gearbox” that could help central bankers be less surprised by the outcomes of their actions, as we have written previously.