Trending
You are at:Home»Employment»Demystifying the “Part Rate” – what investors can do differently

In the mystery of labor force restructuring, the “Part Rate” is often misunderstood. Understanding differences in worker groups, especially by age, can improve financial planning and public policy.

Cleaning out the cobwebs starts by clarifying that the “Part Rate” has nothing to do with employers and employees parting ways.

Civilian Labor Force Participation Rate (“Rate” to save words in this post) is the number of persons classified as Employed plus Unemployed but looking for a job divided by the Civilian Noninstitutional Population.

The Rate is an estimate based on the Current Population Survey (CPS). CPS is a monthly survey of a sample of about 60,000 eligible households conducted by the Bureau of Census for the Bureau of Labor Statistics.

The Rate has drawn attention because it is falling, thus reducing the labor force and thus resulting in an unemployment rate lower than it would have been if the Rate was more stable. 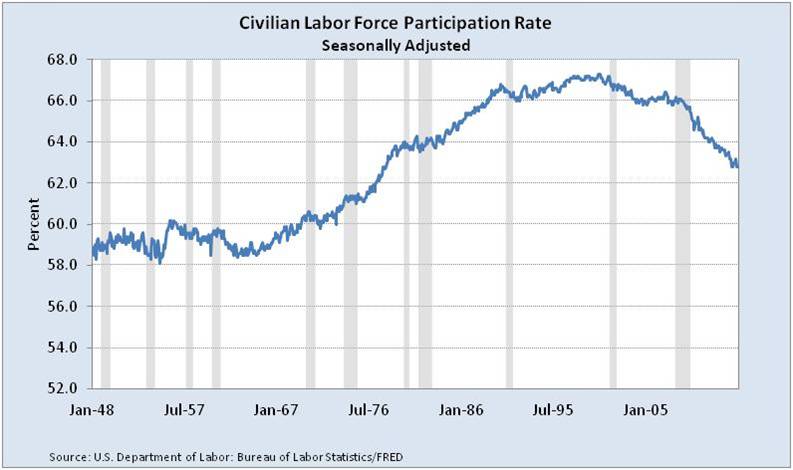 The debate is about which groups of people are dropping out of the labor force and for what reasons.

The Bureau of Labor Statistics (BLS) provides several breakouts of the data.

In race/ethnicity, the participation of both Black/African American and White populations are gradually falling. By contrast, Asian and Hispanic or Latino populations seem to be stabilizing. Caution: charts have varying axes to see pattern in a small size. Not Seasonally Adjusted (causing the quarterly squiggles). As with all employment survey data, especially household survey, trend is more useful than monthly changes. 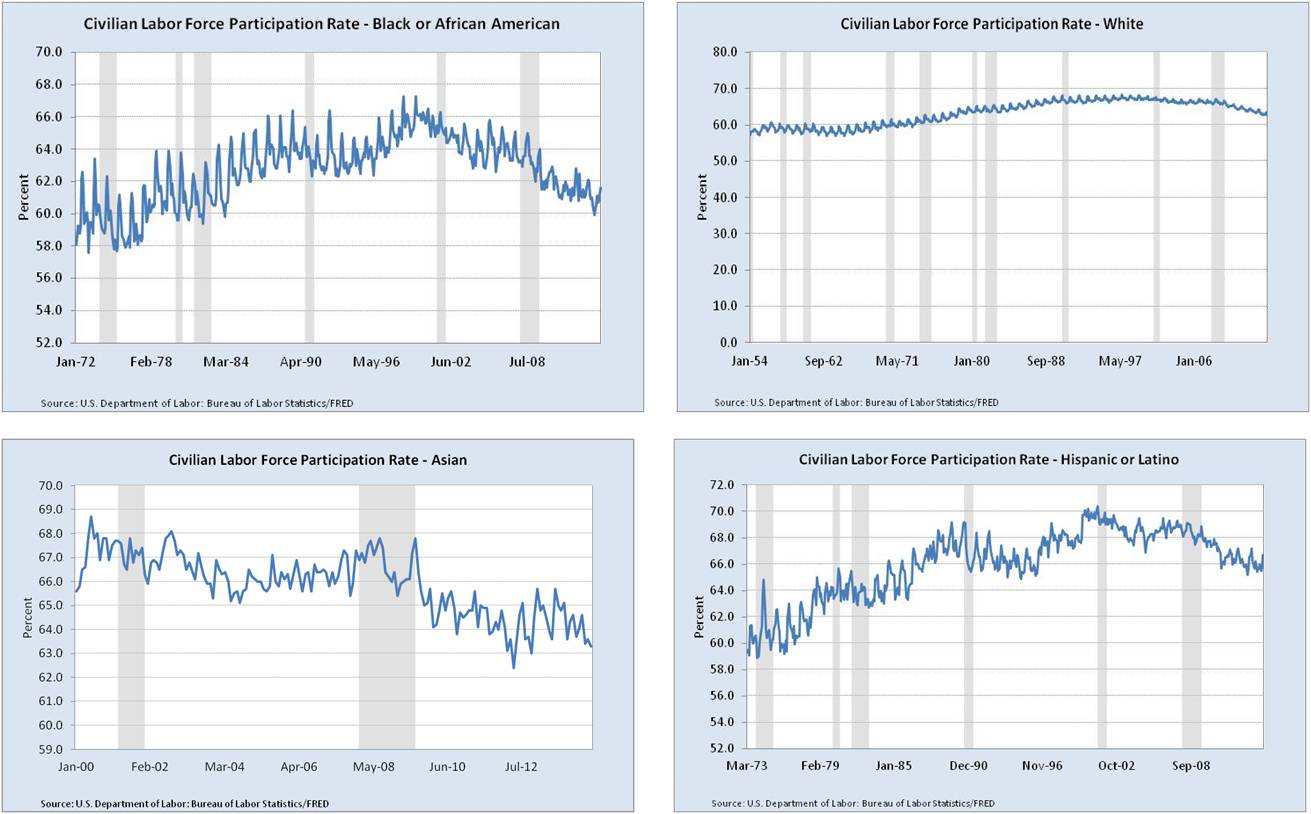 By sex, participation by men has been falling for far longer than for women. Caution: Vertical axes different scale to show detail in small charts. Not Seasonally Adjusted. 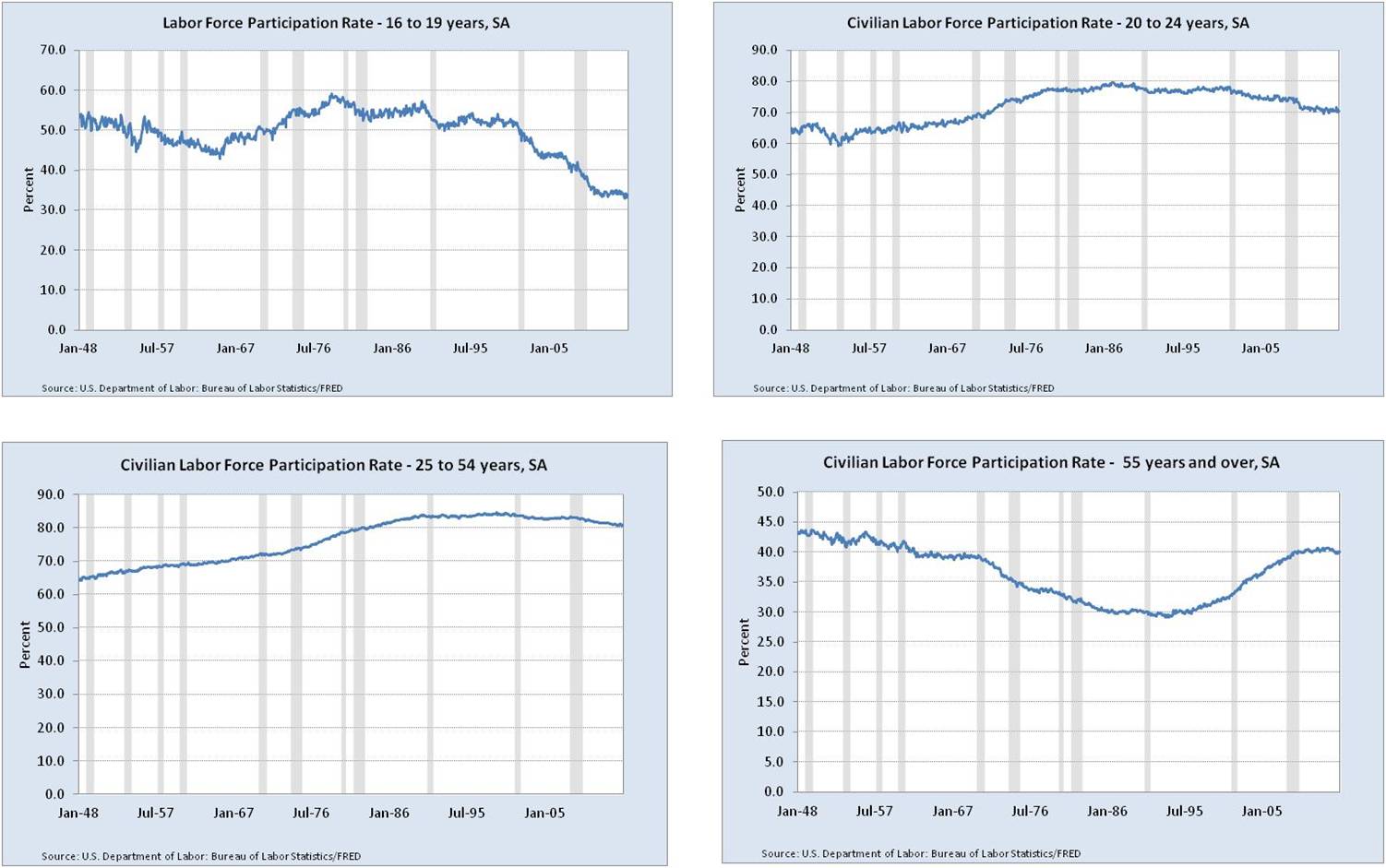 By education, the most stability is in the least educated. Caution: Vertical axes do not start at zero. Not Seasonally Adjusted. 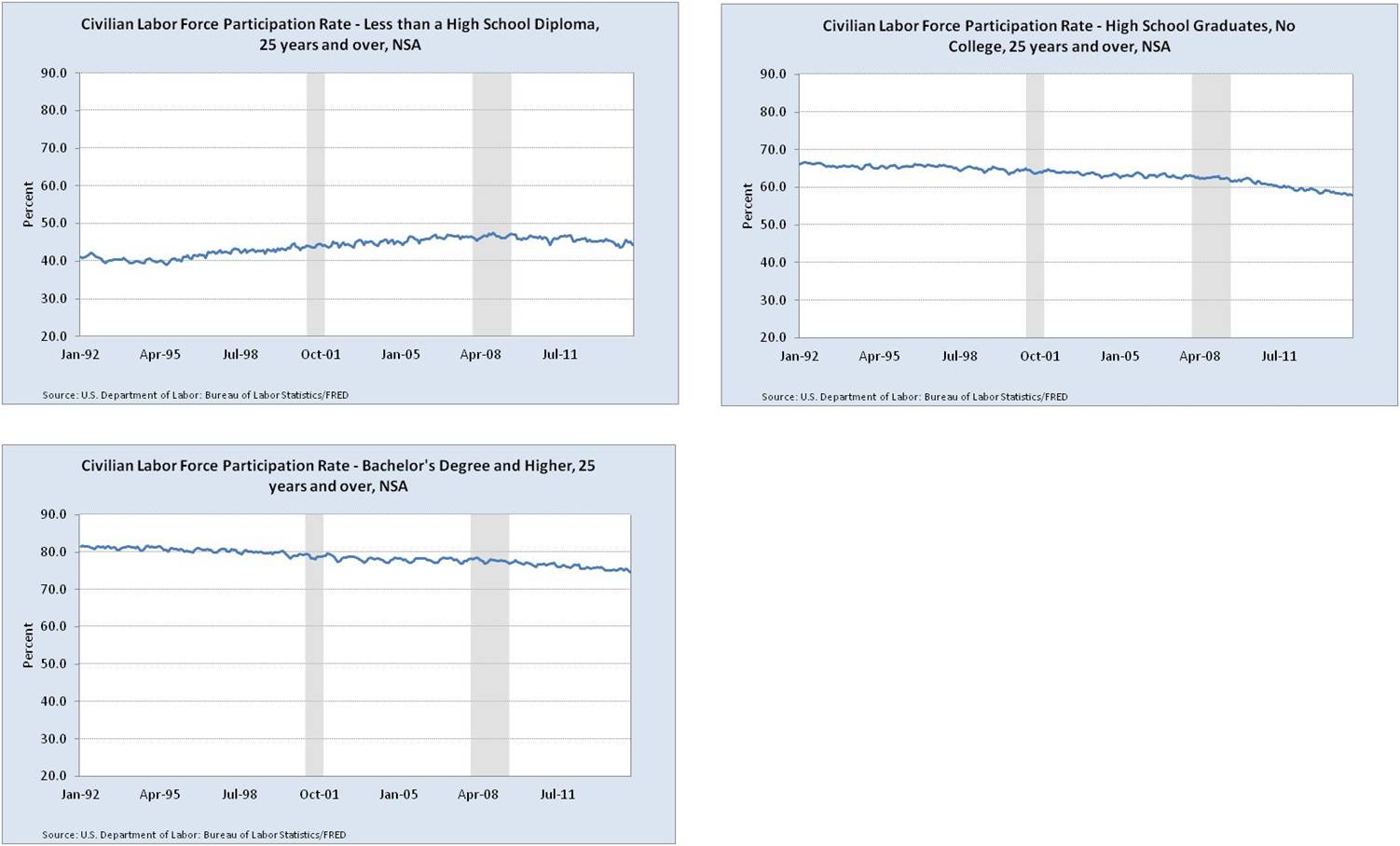 BLS provides a range of other views by native or foreign born, disability and veteran status. Caution: Vertical axis does not start at zero. Not Seasonally Adjusted. 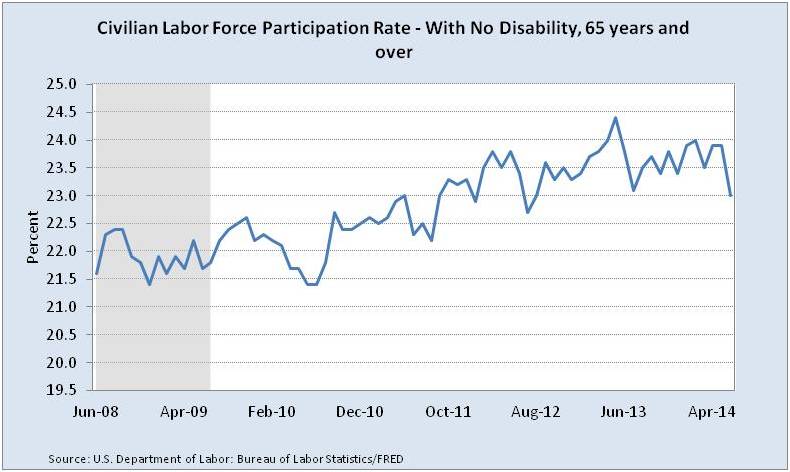 Note: Because rates are sensitive to definitions, the BLS CPS specifics are http://www.bls.gov/bls/glossary.htm :

Unemployed — Persons aged 16 years and older who had no employment during the reference week, were available for work, except for temporary illness, and had made specific efforts to find employment sometime during the 4-week period ending with the reference week. Persons who were waiting to be recalled to a job from which they had been laid off need not have been looking for work to be classified as unemployed.