Trending
You are at:Home»Money & Prices»Bedrock of Fed policy is crumbling

The Fed looks to the official unemployment rate to indicate future inflation. But, that relationship –  the “Phillips Curve” — hasn’t worked well for decades because:

Bill Phillips wanted to understand how the economy works. He was born in New Zealand in 1914, watched his father build a small steam-powered hydro-electric plant, trained as an electrician and had an adventurous spirit. After WWII, he moved to London and trained as an economist. His passions came together by creating a model of our economy brought alive by water flowing through tubes and valves. A few of his machines survive, as in this video.

Phillips penned a 1958 paper on UK unemployment and money wage rates from 1861-1957. Other economists expanded his work using data from other countries, switching to average consumer price increase from money wage rates in 1960, calling it the “Phillips Curve,” adding “inflation expectations” and more.

The 1960s heralded the longest pristine period of the Phillips Curve, shown below with its power curve. Over time, the Phillips Curve became a bedrock of central banking, using unemployment rate to forecast “inflation” to guide monetary policy. 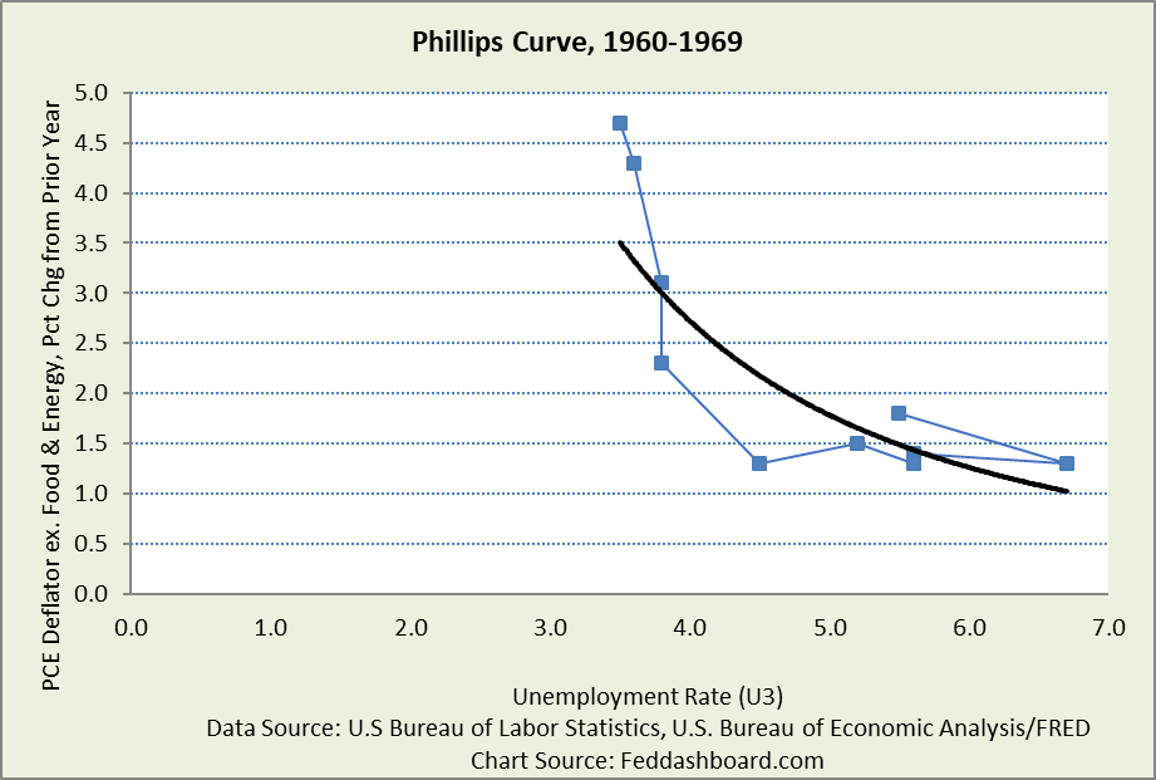 Yet, since 1970, the curve has struggled to hold a pattern as seen in a basic flavor of the Phillips Curve below. 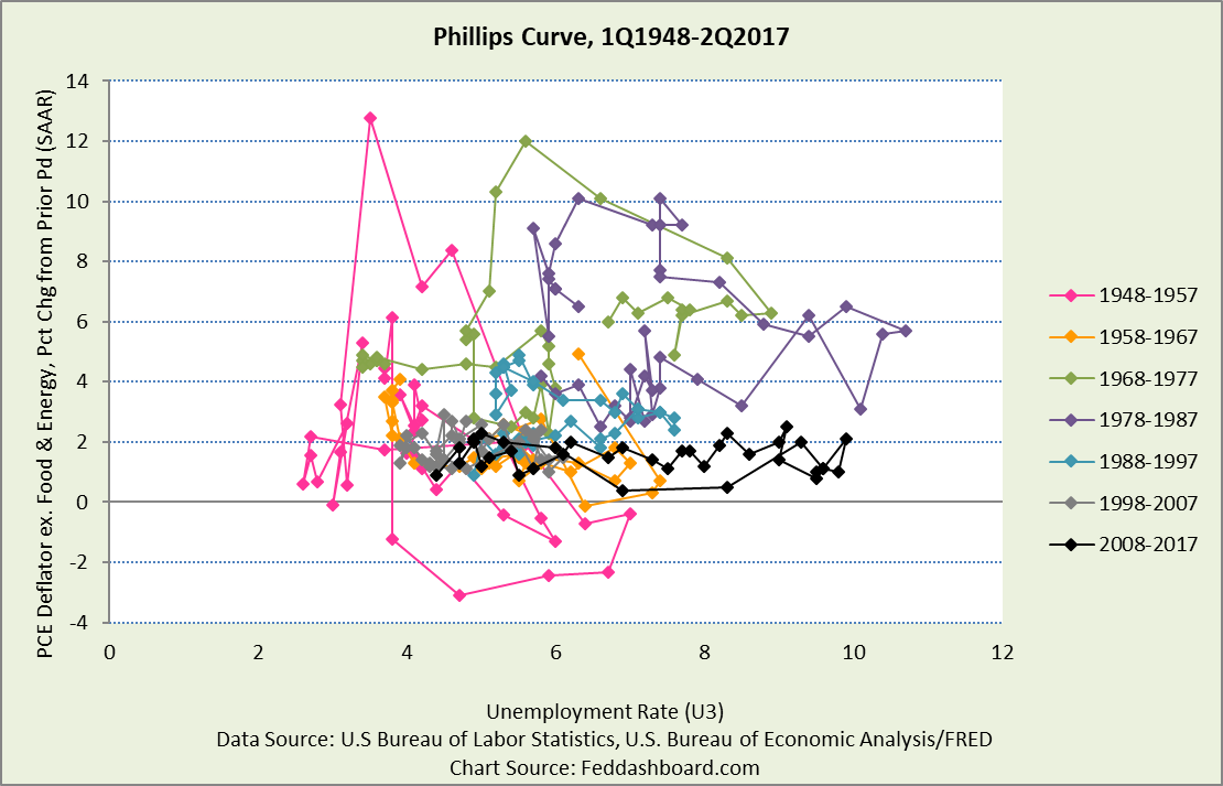 Today, economists puzzle over whether the curve has gone “flat” (data points don’t move vertically when they move horizontally) meaning that changes in unemployment don’t lead to changes in average price levels (“inflation”).

Four changes explain why unemployment has been a poor predictor

First, the official unemployment rate (labeled U-3 by the U.S. Bureau of Labor Statistics) is an increasingly poor proxy for available labor capacity (“slack”). There are better measures. 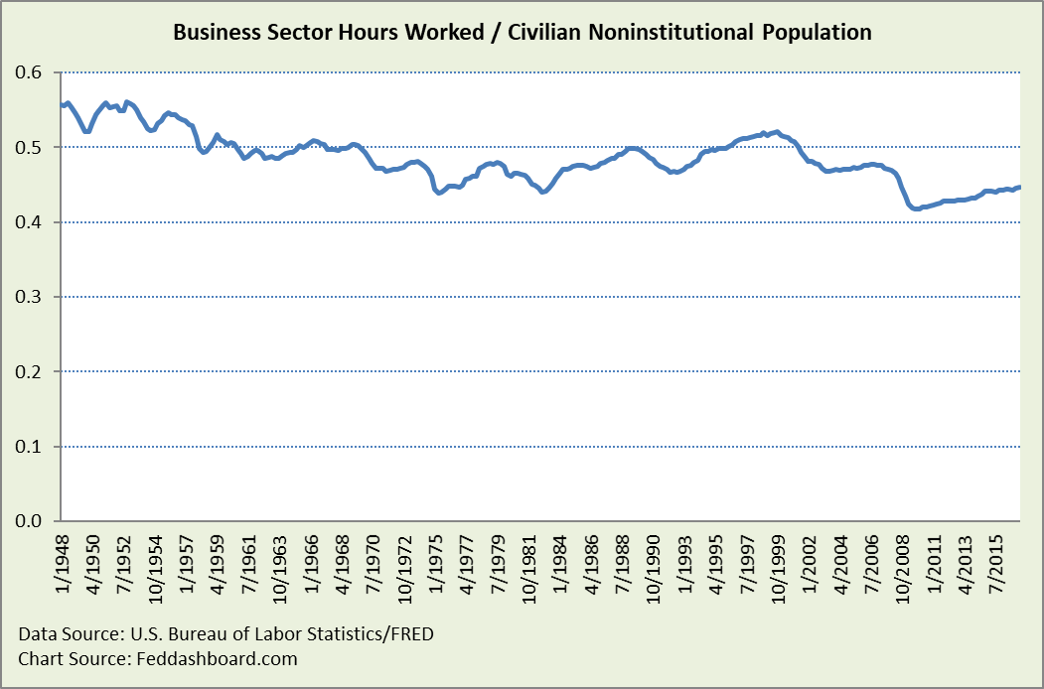 Second, labor slack is a poor proxy for total slack that also includes buildings and equipment. Labor inputs to production have been falling for decades, especially for goods and digital services. 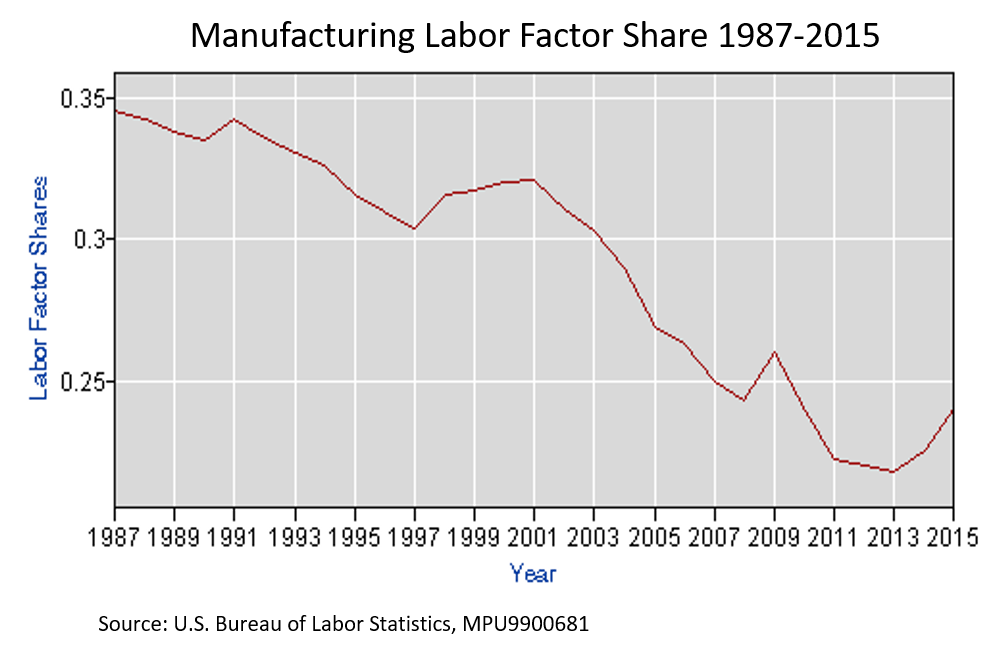 Note: Labor share of the inputs pie increased in 2014-15 mostly because materials and energy inputs decreased. In absolute terms, labor fell. Real labor cost fell over 10% from 1987 to 2015. 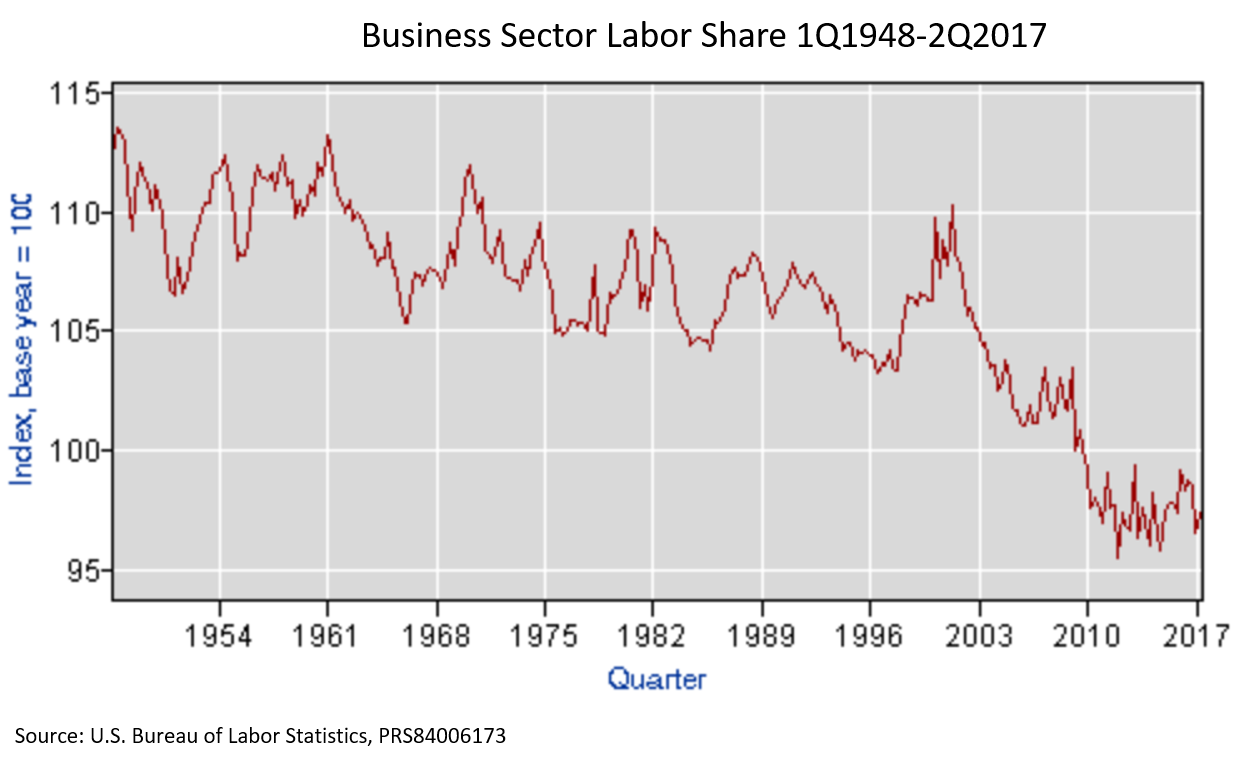 Fourth, total slack is greater than typically estimated, as we described previously in “Slack Attack.”

Using Treasury Inflation-Protected Securities (TIPS) doesn’t help because TIPS are a rather circular game of bond traders trying to guess what the FOMC will decide.

“Inflation” is a fuzzy target

Switching to the inflation axis of the curve, long-standing problems in monetary policy have become acute.

First, product price changes are less driven by monetary causes. “Inflation” is the weighted-average price change of a group of products. The huge assumptions are:

Second, monetary policy can’t fix problems that aren’t monetary. It’s like hitting a hockey puck with a baseball bat – the puck will move, with lousy control.

Third, FOMC-driven “inflation” distorts product prices. It’s like speeding up on a blind curve – adds danger regardless of driver skill.

And then the world changed…

In 1995 the average of all goods dramatically pivoted from increasing cost and price to decreasing – new in history. 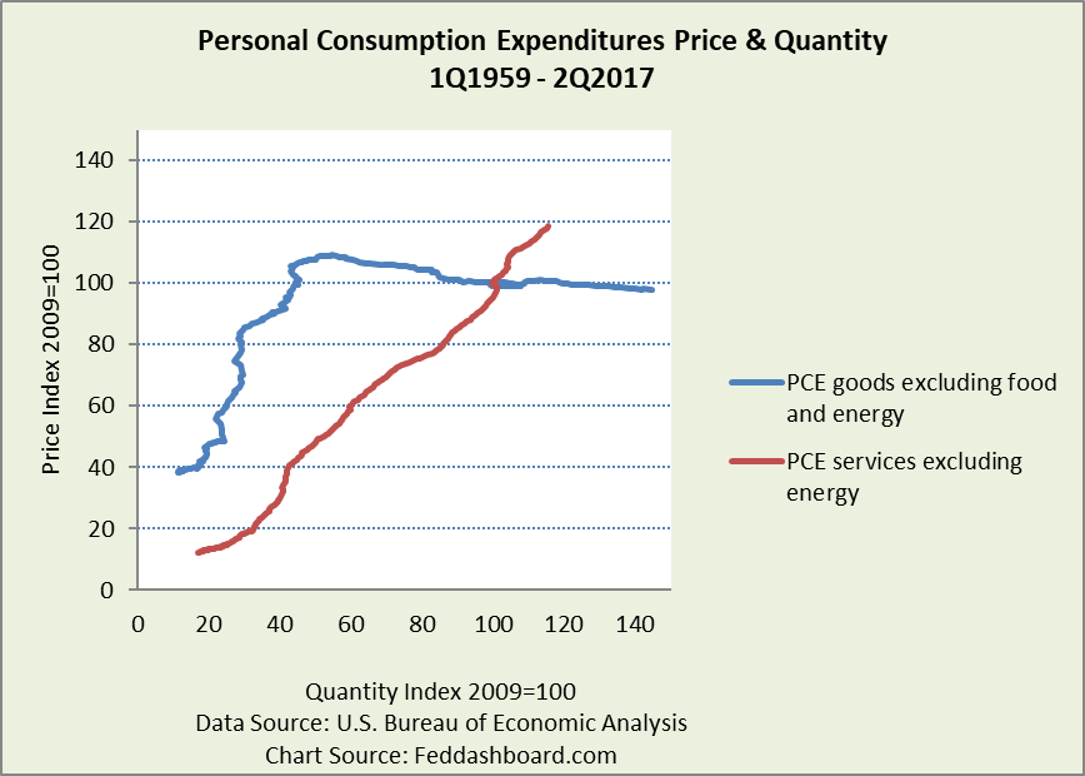 Bill Phillips died young at age 61 in 1975 – just after the early curve began deteriorating. With his mechanical curiosity and today’s superior data, would he have changed to a very different curve? You decide.