Trending
You are at:Home»Money & Prices»3 insights from the Real Rates – Real People Curve

The search is for real (inflation-adjusted) interest rates:

A distinction is the extent to which lower real rates can stabilize an aspect of the economy versus directly enable growth (goods, services and wages).

The Curve is a scatter plot illustrating how real interest rates move compared to real wages and salaries per person. 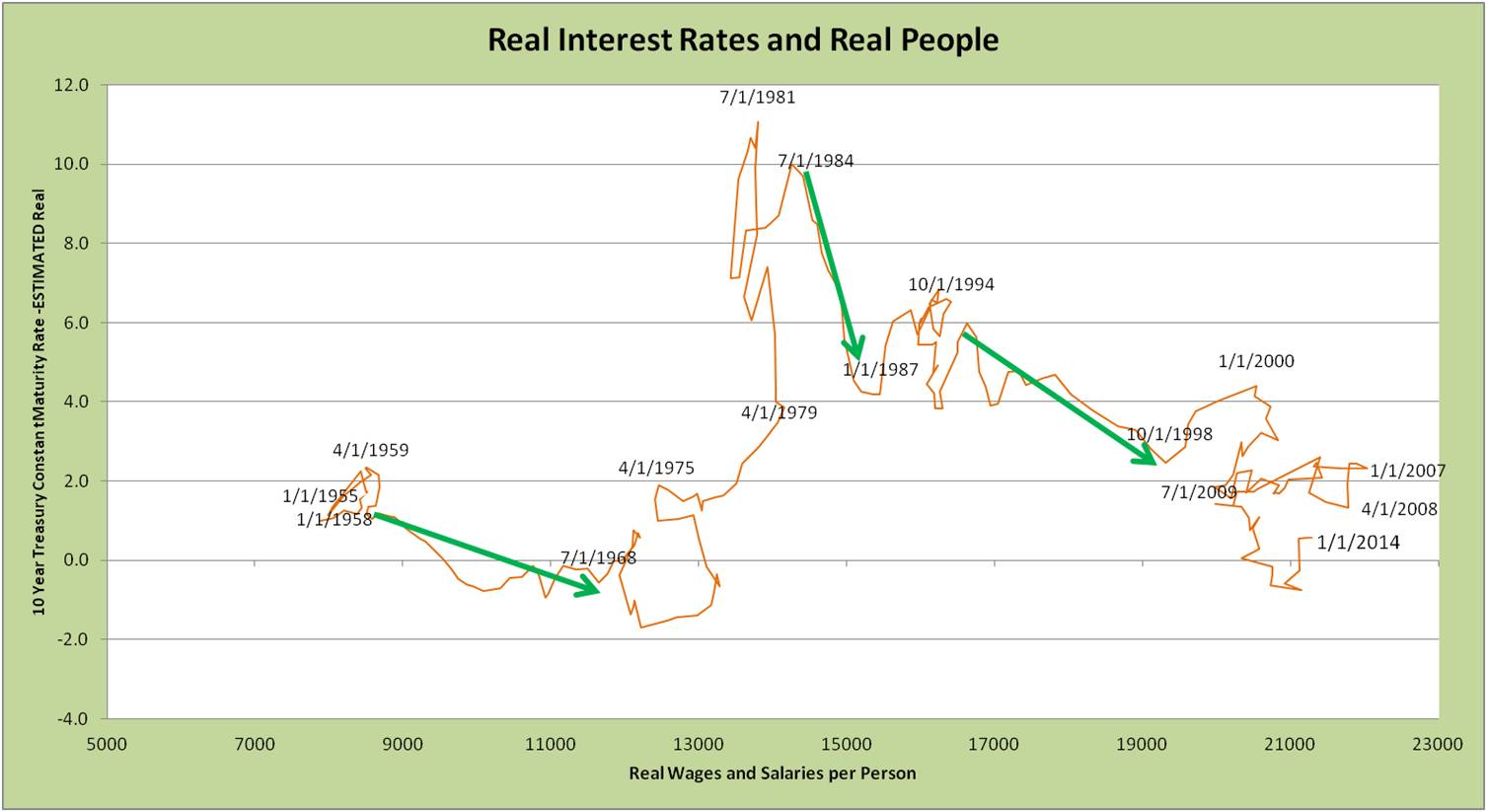 A take-away — be cautious of the ability of central banks to generate growth, beyond stabilizing.

A rich story is wrapped in every twist and turn of the picture.

Investors can learn from history: